Pedion tou Areos park: why it was originally laid out

It is one of the largest public groves in Athens, around which there is also the homonymous district to which it has given its name. The Pedion tou Areos is perhaps the most familiar place of recreation for the Athenians. It is usually called simply as, the Park. The Field of Areos extends parallel to Alexandras Avenue and has given its name to the district that surrounds it. With an area of more than 250 acres, it is one of the most important green lungs for the most densely populated area of the city. In the minds of the Athenians, it brings many memories of their childhood. When they were taking walks around the Park. Walking through it you will see sculptures and monuments of various eras. In 1935, afforestation took place in the Pedion tou of Areos which was interrupted by the war. But it was continued and finished after the war.

In the area inside the Park, there is the gym of the historical association of Panellinios among other things. There are also historical refectories reminiscent of another era. You will also meet two small temples, a playground and the open amphitheatre named “Aliki”. In the 2000s it was reconstructed and filled with thousands of new plants. Upgrades were also made to its infrastructure.

Why was the Grove designed?

One could imagine that the purpose of its construction would be the creation of a breath of fresh air and a green lung in Athens. But that’s not the case. The Park, in fact, was designed in 1934 with the original purpose of honouring the heroes of the Revolution of 1821. You can see this while taking a walk through the Pedion tou Areos. Approximately in the middle of the route, a paved road is made with marble busts on both sides. This is the famous Avenue of Heroes. 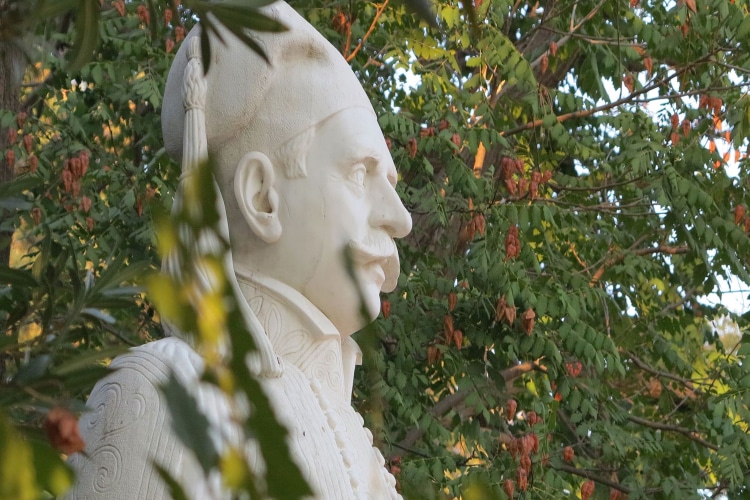 The legendary grove is waiting for you for a Sunday and, why not, a daily walk to remind you of the glory of old times…