Hit enter to search or ESC to close
AthensAttica Region

The impressive cave in Attica discovered by two students

How the discovery was made just a few years ago

It is only 12 years since two students brought to light one of the largest and most impressive caves in Attica. The reason for the “Cave of Aphaia” on Mount Aigaleo, opposite the settlement of Aphaia in Haidari.

Aphaia Cave is a labyrinthine cave with exceptional beauty. However, it is not considered usable for public visits because of its high inclination. It is a cave that was discovered relatively recently, but the most impressive is, the way it was discovered. His entrance was located by two children, Panagiotis Dionisiou and Dimitris Panagiotidis. In fact, they were rewarded for their discovery. It is quite possible that the entrance was recently opened, since opening works were being carried out in the area for the suburban train.

The cave was explored and mapped in 2008 by the Hellenic Speleological Society.

The history of the cave

This cave in Attica has been created by the enlargement of a branch and it is develops along its length It has downhill development, but without the need for rope. It has a small and somewhat narrow entrance and downhill in its first meters. Stalactite columns, stalactites and stalagmites, stone basins, elitists and evacuees compose a multi-layered setting, from water and rock. 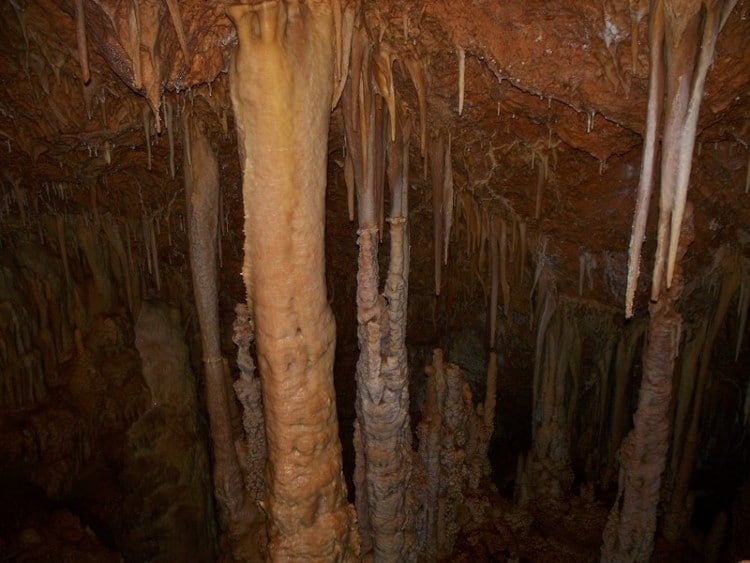 It is a cave with a long history. Millions of years of water, drop-drop chiseled the rock and created beauty. Factors such as the temperature, the seismicity of the area and the nature of the rocks created these pits and the eroded rocks formed this remarkable natural decoration of the cave. In the last room there are also of unique beauty,elitists that measure hundreds of thousands of years of life.

This spacious cave in Attica is proof of the beauty and mystery that lies beneath our feet even in Attica. And even if we can’t visit all these places it’s worth knowing them through descriptions and images.