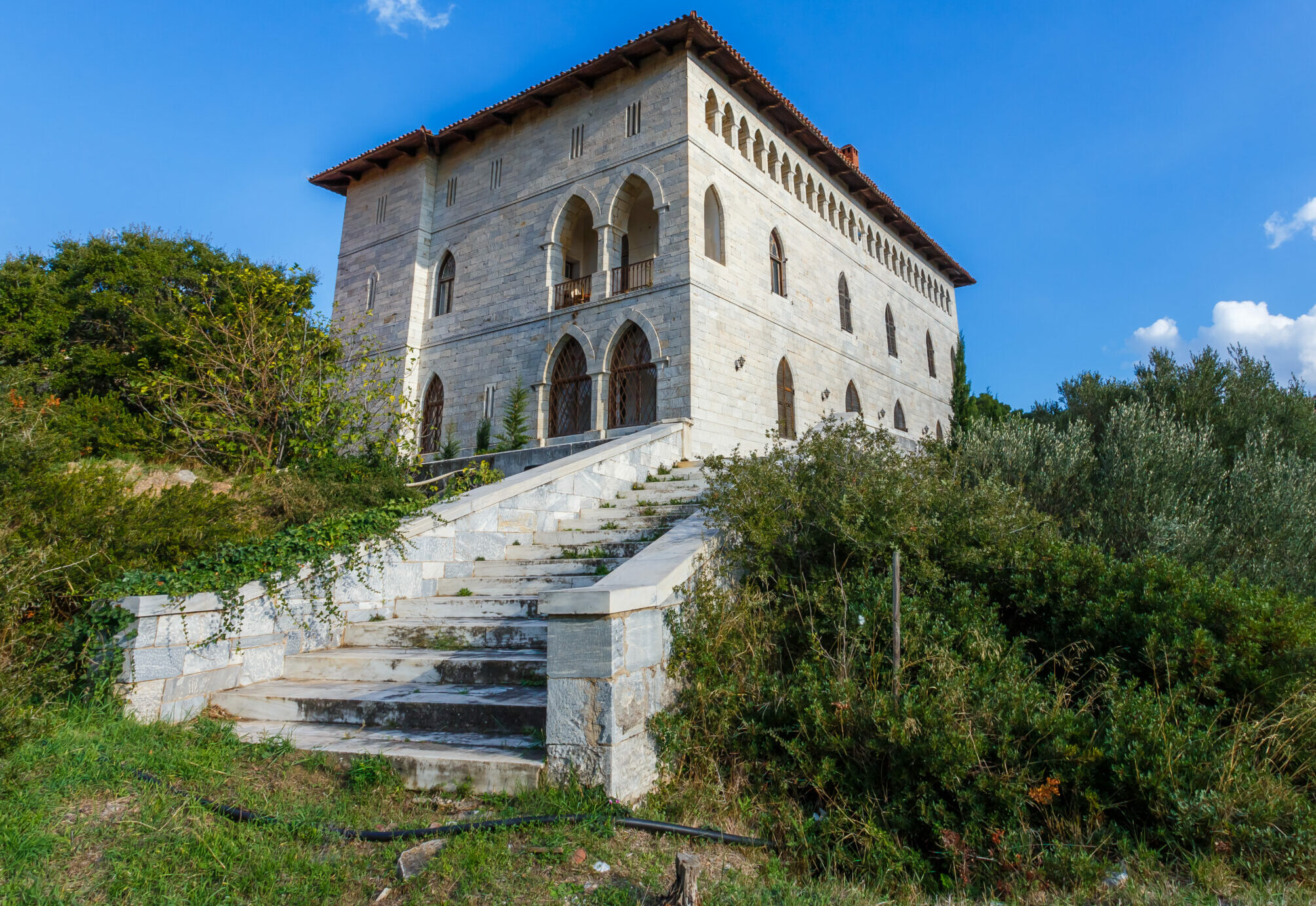 Tower of Placentia: The legendary building and its history

In the story she was widely known as the “Duchess of Placentia”, her real name, however, was Sophie de Marbois Lebren. She became known as a Duchess after her marriage to the Duke of the homonymous Italian city. The Tower of Placentia has its own unique history and of course myths that go along with it.

The life of the Duchess of Placentia

Sophie de Marbois Lebren was the American-French daughter of a French diplomat and wife of the Duke of Placentia. She was distinguished for her philhellenic action and settled in Nafplio, the first capital of the Greek state in 1829. One of the historical persons with whom she had met was Ioannis Kapodistrias. And around here the first myths and legends about her started to take form. Various events have been known that can not be historically confirmed in any way. It is said that the Duchess fell in love with Ioannis Kapodistrias but then defended his killers. This sparked many rumours about the Duchess being involved in the Governor’s assassination. In 1834 the Duchess of Placentia moved to Athens. That’s where she decided to live with her daughter. She even built many formidable houses. The most sublime is the Tower of Placentia near Penteli mountain. This is the one around which many myths have been formed and is said to be hiding awesome secrets.

The Tower of Placentia and its secrets

It all started when the Duchess lost her beloved daughter. In fact, she had prophetically said that if something happened and she lost her daughter, she would do anything to keep her by her side. So she did it and she kept her embalmed in her home at the time, which was on Piraeus Street. But a fire in the house of Piraeus Street incinerated her daughter’s body.

Then she bought acreage in Penteli mountain and hired the great architect Stamatis Kleanthis to help her build what she needed. In 1841 the famous Tower of the Duchess of Placentia, or just “Tower of Placentia” made by white marble, was ready. She spent many hours there even before the building was completed.

And that’s when myths and legends began to surround this now-famous building. It helped, of course, that the Duchess was locked in her Tower, covering it in a veil of mystery. One of the legends was that she was holding mysterious banquets with strange guests. The Tower of Placentia became the focus of enormous interest without anyone knowing what is true and what is a lie.

Another legend which, of course, turns out to be complete fiction if we examine it from a historic perspective, is that she had a relationship with the Great Bandit Ntavelis. It is even said that he passed through a secret entrance from the cave in Penteli mountain and went out to the Tower. Of course, it was not long when rumours came out about her performing various ceremonies mysterious and religious symposiums after the disappointing loss of her precious daughter.

A typical incident, on the other hand, of the love that the people of the area showed to her is the following: In June of 1846, the Duchess of Placentia was heard to have been captured by the infamous Great Bandit Spiros Mpimpisis (with whom she was also rumoured to have a relationship). It is said that she was freed in a dramatic way thanks to the intervention of the inhabitants of Chalandri District.

The Duchess of Placentia died alone in May of 1854. Her only companion left to her were her cats as well as the architect of her towers. Since her death, the Tower has passed to many different owners. In the 1960s for example, it became the summer residence of the late King Constantine.

Today, the Tower is home to the Penteli Community Cultural Center. Many events are organized there and it has a wealthy lending library.

The Duchess of Placentia herself became, even… a metro station, that was named after her and is near the Halandri District.