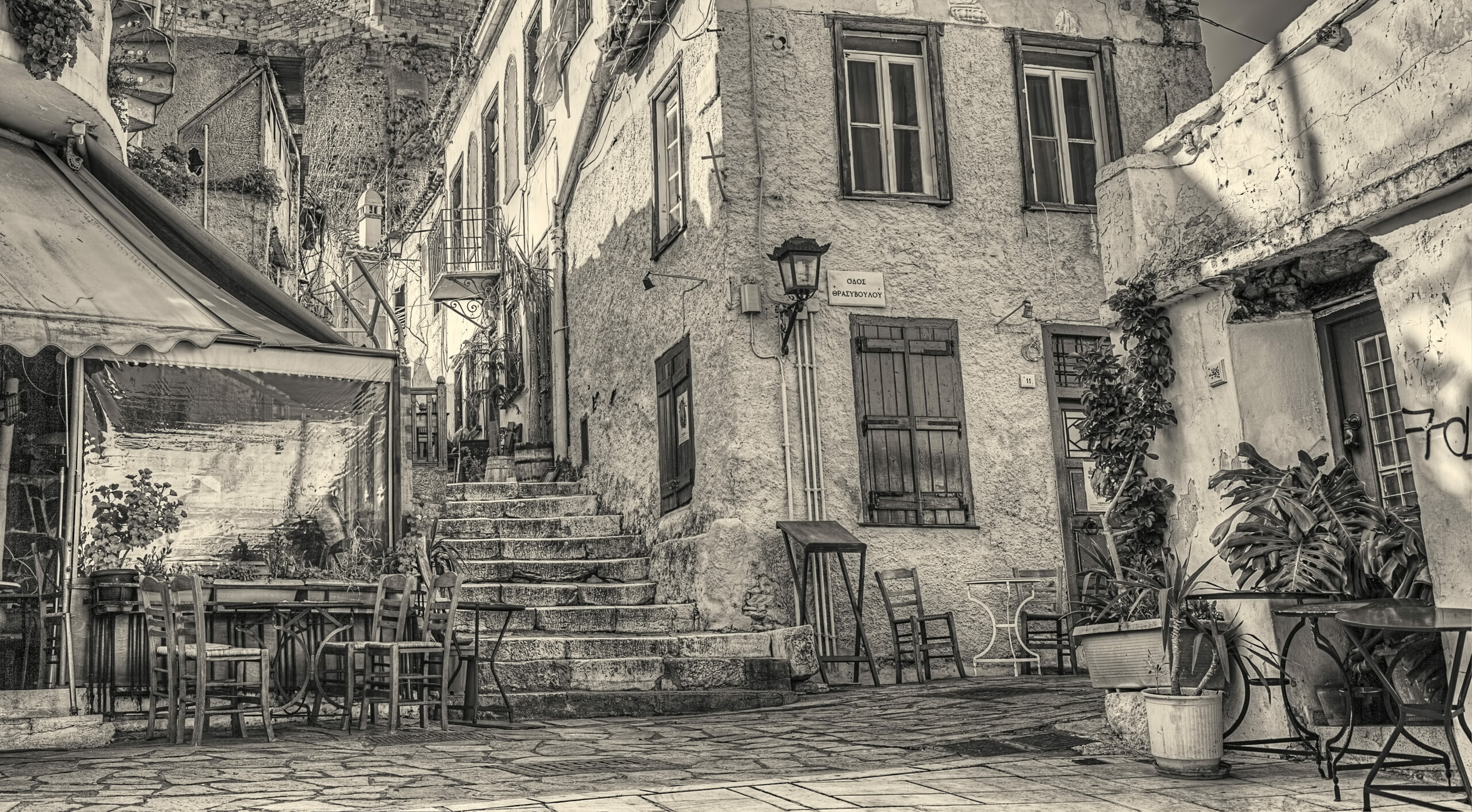 Rare photos from the Athens of the 1900s

Rare photos from the Athens of the 1900s

If you could enter a time machine – like that of history – you would see a very different Athens. The Old Athens of previous centuries that has changed a lot over the centuries. When it looked like a provincial town of only 120,000 people. Looking at old photos and reading old stories, we see a small growing city.

A period of characteristic and major importance for the economy and the flourishing of Athens. Its transformation into a trading and decision-making centre . Trade at the time was bloomig and so were the many cottage-industries. The large construction activity provided jobs to several of the many available laboring hands that existed. The industry, which used steam as a driving force, was also in development.

It was the period when the Metaxourgio (Silk Factory) of A. Douroutis, who bought the old factory of the “English Siric Company” and modernized it, was in full operation. He also inaugurated two more factories, a flour mill and an olive mill.

This does not mean, of course, that the population was in economic prosperity. A great percentage of it, perhaps the largest, lived in huts and shacks. They hardly made a living and many had arrived in Athens in search of a job. It took a while for the everyday life routine to improve to a significant degree. And that happened gradually not for all families.

The roads and the first city plan

The first city plan of Athens was drawn by the architects Kleanthi and Saubert in 1832,even before it was declared the capital of the Greek State in 1834. If one studies the topographical design of the two architects one can find that it had all those features that Athens later lacked. That is, wide streets, gardens, squares and spaces for public buildings. The reference point was the four boulevards around the centre, which gave considerable breathing and a way out of its future development.

The lower side of Syntagma Square in 1900

Finally, after many changes, the project, which underwent many modifications, began to be implemented. Looking at photographs of Old Athens you can see the huge changes that have taken place since then. Even the city’s main streets seem unrecognizable. In the 1900s-1910, some of the most decisive changes took place in Athens.

The then Mayor of Athens, Spyros Merkouris, imitating the European capitals, began paving roads in 1902. He started at Aiolou street. Athinas, Evripidou, Loudovikou Square (today’s Kotzia) followed. At the end of 1905 Stadiou avenue was paved, Panepistimiou avenue and Syntagma Square. In 1908, the first telephones of the Swedish company Erickson, with an 800-subscriber power, were installed at the Athens Post Office in Loudovikou Square.

These images from the Old Athens are a way different from today’s image of the city. The typical building of modern Athens is the average height apartment building. Apartment buildings built in the areas of the center of the city and the suburbs replaced the neoclassical houses of great architectural value that were part of our history. Thus, on the one hand, these buildings of the 50s and 60s were built by entrepreneurial builders, by the method of consideration, often without the study of an architect, and on the other hand, the arbitrary construction that was increasing, turned Athens into a more impersonal European capital, which in spite of all disadvantages, remains “a diamond stone on the earth’s the ring”, as we read in the verses of Palamas’ poems.