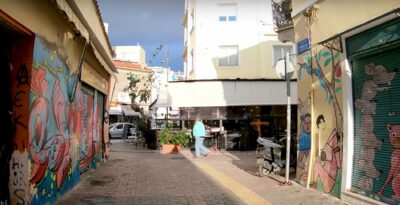 Three alterations that could change Athens and Attica

The Greek capital must come to the forefront of attention so that the tourist product will come into greater value.

Manos Konsolas: The attractiveness of Athens is linked to complete urban reconstructions, cleanliness and safety

The upgrade of Attica is within the immediate plans of the Deputy Minister of Tourism. Manos Konsolas pointed out three interventions that could make Athens and Attica better as a whole.

The Deputy Minister of Tourism analysed how the areas of the capital can be upgraded at the general meeting of the Athens-Attica Hotel Association. The aim is to create an even more attractive tourist destination. Giving value to the product.Further strengthening Greece’s heavy industry which is Tourism.

Mr . Konsolas insisted, according to the Athens News Agency, on the fact that urban tourism offers, as a condition, a safe urban environment. An environment that should under no circumstances be degraded. The deficit will be addressed with actions for the aesthetic upgrade of the urban environment of Attica and Athens.

In a wide-ranging meeting, he spoke of a plan involving all the relevant ministries, local authorities and tourism organizations. All three of them must join forces in order to contribute substantially to the upgrading of the heart of the country.

The Deputy Minister of Tourism stressed his point: “The attractiveness of Athens, as a tourist destination, is linked to integrated urban reconstructions, cleanliness and safety,”. Abandoned or degraded properties can change their appearance. Integrated spatial investments can be developed in deprived areas. By granting public property which, today, has surrendered to the abandonment and decay of time, to private investors” added M. Consolas.

To add: “There are areas where reconstructions can be made towards culture and entertainment. I am referring to the so-called cultural clustering. Through the creation of a network of cultural and entertainment venues, what we call cultural routes, degraded areas with a post-industrial character are transformed into attractive ones. Lively neighbourhoods with recreation and culture spaces”.

Application of new technologies for the provision of services and useful information to visitors. Utilization of the internet and social media for the exposure and promotion of the tourist product. The dominant and ever-increasing trend is the “online booking”.

Development of conference tourism. The need to build a modern, large conference center in Attica. A priority is the development of the Multicentral Urban Tourist Standard of Attica.