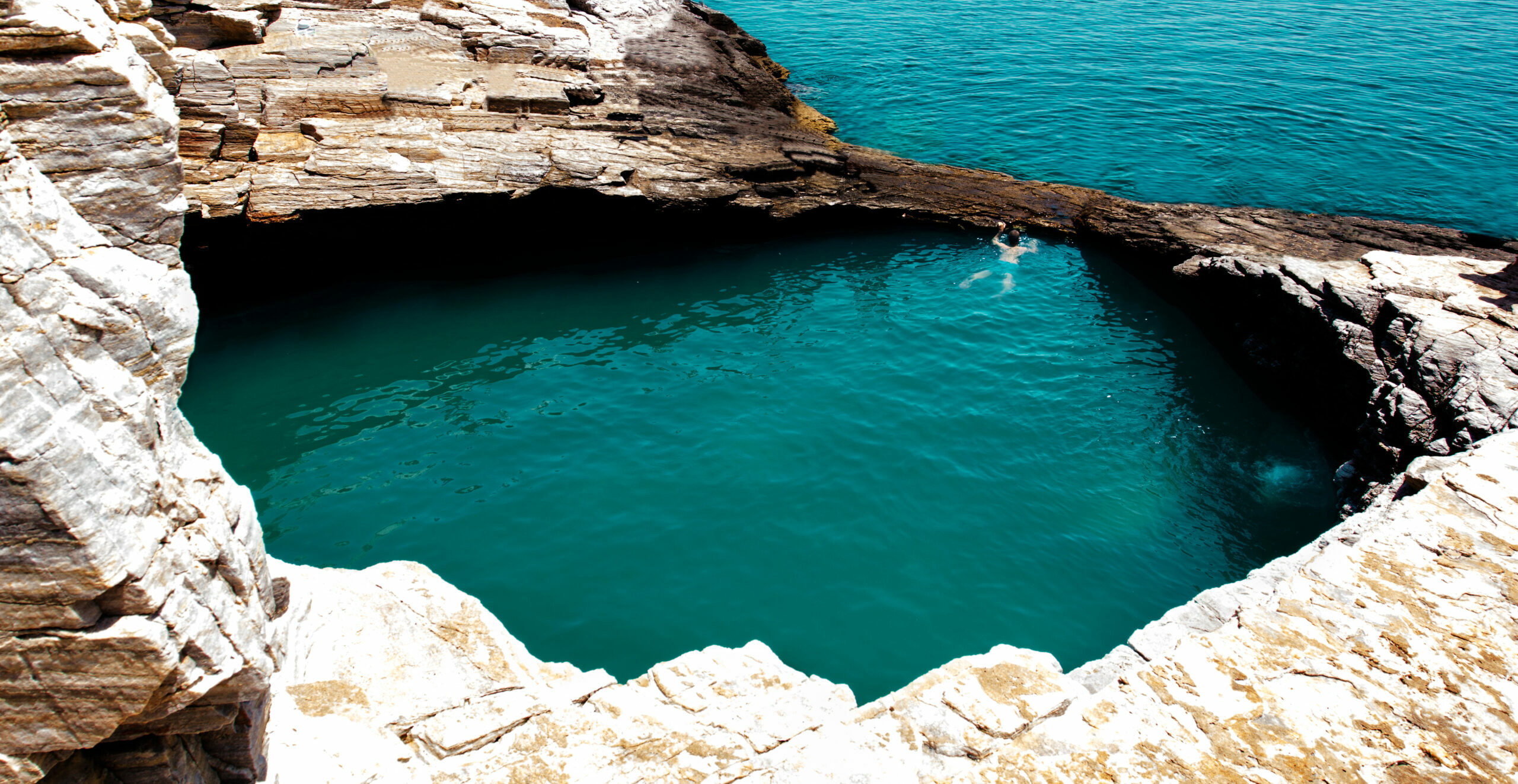 This is the “Tear of Venus” with its emerald waters

If you look at it from above, it looks like an emerald tear touching the rocks. It is of no coincidence, after all, that it is called the “Tear of Venus”. We are talking about the natural swimming pool Gkiola in Thassos that attracts the most demanding of swimmers and those who seek a poweful experience.

The “Tear of Venus”, an emerald in Thassos

It is a geological phenomenon, where the water of the sea is trapped in a “pool” created by a circular rock. Only a few centimetres separate it from the sea, with its water renewed with each wave of the sea. Gkiola, as its real name is, was formed over the centuries by the waves of the sea and the rocks that surround it.

So nature did its job, and more so, in this case. The inhabitants of the island describe it as a gift of nature and they are not wrong. These emerald waters, which are warmer than those of the sea, have a depth of about three meters.

Why is Gkiola also called the “Tear of Venus”

Legend has it that this rocky swimming pool in Tassos Island was formed from Zeus so that Venus could swim in it. Another legend says that this was the eye of Zeus used to watch his lover. There is no doubt, however, that this is a miracle of nature. Opposite it, too, is a small island, uninhabited and barren, called Astiriotiko, as well as Panagia. Legend has it that this is the island of sirens, which enchanted travellers with their voices according to Homer.

The “Tear of Venus”, however, is not one of those places to be forgotten in the passage of time. One will recite for long his dives from the rocks and the unique view to the infinite blue colour of the sea. Moreover, it is not by chance that it is characterized as one of the most beautiful places in Greece. A natural swimming pool that you have to visit at least once in your life.