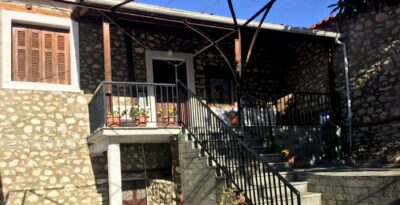 The house where the modern Saint Paisios grew up

The ExploringGreece.tv editorial team was in Konitsa and brought back a rich photographic material of his personal belongings

Perched on a cobblestone, in the center of Konitsa of Ioannina perfecture, is the house where Agios Paisios lived as a child. Once you enter the well kept courtyard, you feel a strange serenity. Flower pots adorn the cobblestone in a green neighborhood. And when the tour starts, you unlock a door to the past. There’s a turkish delight waiting for you for a treat at the entrance.

The world-wide Arsenios Eznepidis, Saint Paisios of Mount Athos, was born in Farasa of Cappadocia in Asia Minor, in 1924. At the age of just two, Paisios and his family settled in Konitsa of Ioannina prefecture. It was preceded by the exchange of populations and a short stay in Piraeus and Corfu. In this house, in Konitsa,he lived with his parents and 8 brothers up to the age of 18. He attended the 1st primary school of Konitsa and then learned the art of the carpenter. Many of the wooden objects he had constructed are still there. A family altar with holy icons, some kitchenware, some tools… 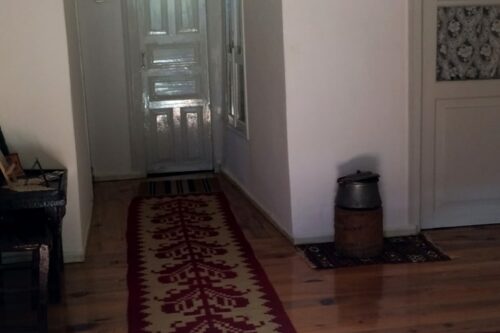 Entering the house you see the lounge, a small living room and amother room. That’s where the whole family slept. The presence of the Saint is felt everywhere. His personal belongings take you on a journey into the past.

You can see where he laughed, where he played and where he cried for the first time as a child. His photographs, letters and manuscripts are everywhere. His clothes, the books he read and his mother’s cooking utensils are kept in the showcases. Even the piggy bank used to raise money for the poor.

The house that… never closed 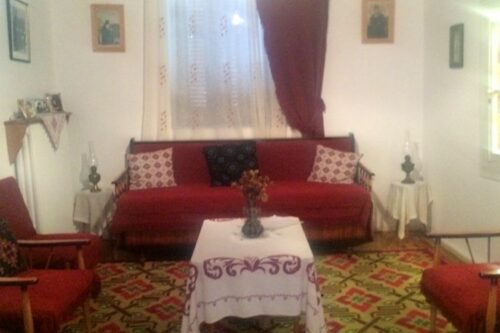 In the living room of the house there is a sofa, two armchairs and a coffee table. His personal belongings are kept in this room. His jersey, pictures of him from childhood and from the rest of his life. A family photo has been on the wall for years. Everything looks like this house that never closed. You think the host’s going to come out and welcome you. It’s as if St. Paisios is still there, today…

The presence of the Saint is felt everywhere.
His personal belongings take you on a journey into the past.

The bedroom is a real treasure trove of documents of his life. There is the original first photo he sent to his parents when he was ordained a monk at Mount Athos. He also used to send cards with his news when he was away. Many of the manuscripts with the “Signs of the Times” are also kept in the showcases. 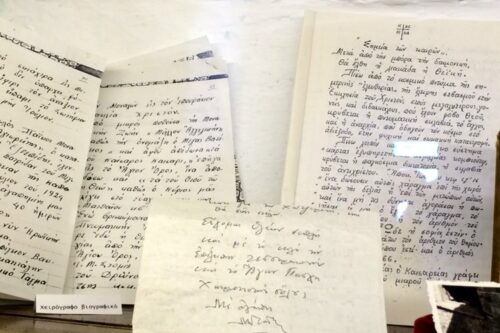 At the entrance to the house you can’t help but notice a great hagiography. It’s a creation of his niece in his honor. A little further next door you will see tools that were used by his parents. They were farmers. A poor and simple family according to those who knew them. They have always had a sense of solidarity with their fellow human beings.

Saint Paisios returned to Konitsa twice. The first time to help his parents by working as a carpenter. In 1958, having been ordained a monk, he returned to Konitsa for the second time. This time he went to celibate in the Monastery of Stomion where he stayed for 4 years. At that time he was particularly loved by the people of the region for his modest nature and contribution to the fellow man. He also became known as a miracle worker and healer.

In Konitsa they commemorate Agios Paisios every July with three-day events. On July 11th there is also the litany of his image with a stop at the house where he grew up.

If you are in the town of Konitsa at any time of the year, it is worth visiting the house of Saint Paisios. Don’t hesitate to knock on the door of the house next door. That’s where his nephew, Mr. Christos, lives. He’s always willing to take you to a tour of the place. So is his hospitable neighbor, Mrs. Georgia. She speaks to dozens of visitors who stop and want to learn the history of St. Paisios. And she can’t hide her emotions when she remembers playing in the yard of his house, when she was a little girl. 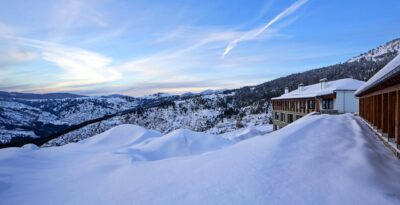 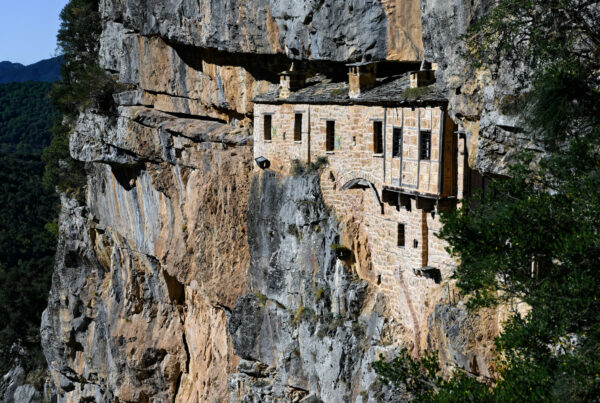 Kipina Monastery: The monastery that is wedged in the rock 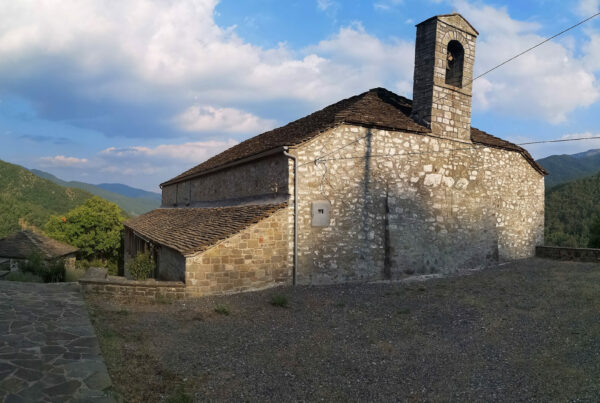