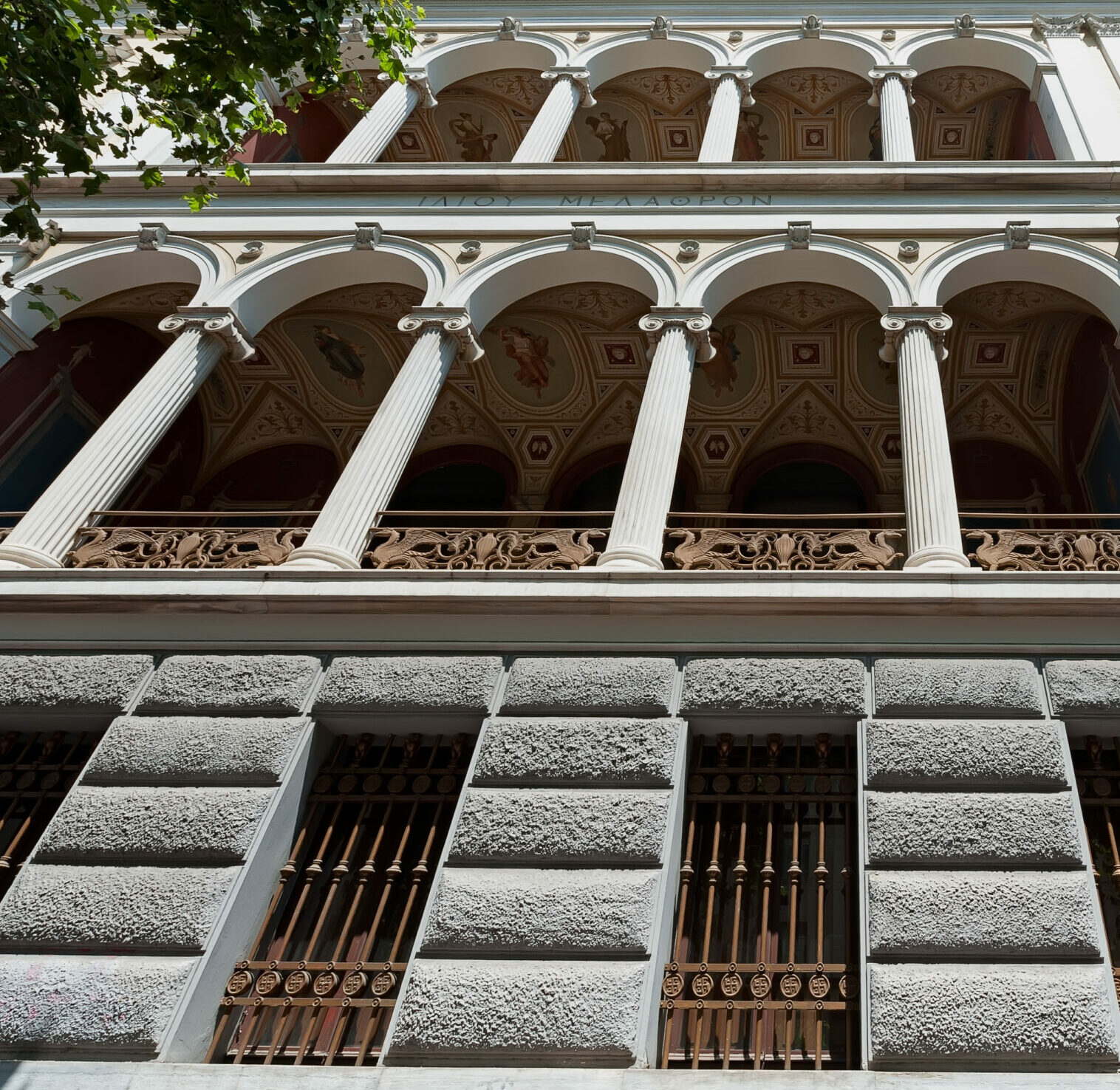 Having a history of centuries, Athens has gone through various stages and has many forms. Seeing, in fact, some places in photographs it is often impossible for us to recognize them. The Old Athens,has many stories to tell, unknown to most. As with the naked statues at the Sleman Mansion, one of the most beautiful neoclassical buildings of Athens.

But let’s start from the beginning. A decade after his settlement in Athens and after becoming rich, Henry Sleeman entrusted the creation of his residence to his closest friend and architect. Ernste Chiller. We are talking about the Sleman residence on Panepistimiou Avenue, whose plans were carried out in 1878. Its construction was completed in 1880 and today it houses the Monetary Museum. For many years, therefore, “Iliou Melathron” (meaning the Mansion of the Troy) was the center of the political, social and spiritual life of Athens. It is indicative that in one part of the mansion was also housed the political office of Eleftherios Venizelos.

What is generally unknown is a small “scandal” that was created because of the 24 statues that had been placed on the parapet and which were… Nudes. Their nudity, according to historical reports, caused the modesty of some, resulting in a protest to the government. Sleman decided to dress them up. But the result was different than some might have expected as the spectacle caused laughter the following day.

The large clay statues were made in Vienna and represented forms from the Pantheon, of ancient Greek philosophy and mythology. As far as the copies are concerned, we are talking about the Meleagros of Skopas, the Vatican Amazon, Apollo, Athena, the Farense-type Diadoumenos, the Selinos, the Antinoos of the Capitol Museum and the Castelgandolfo-type Cyniscos.

Today, the huge clay statues of the parapet have been removed to be protected, while Diadoumenos (The Crowned) was moved and adornes the exterior of the National Archaeological Museum.

With information from Vima (a newspaper) (printed version)