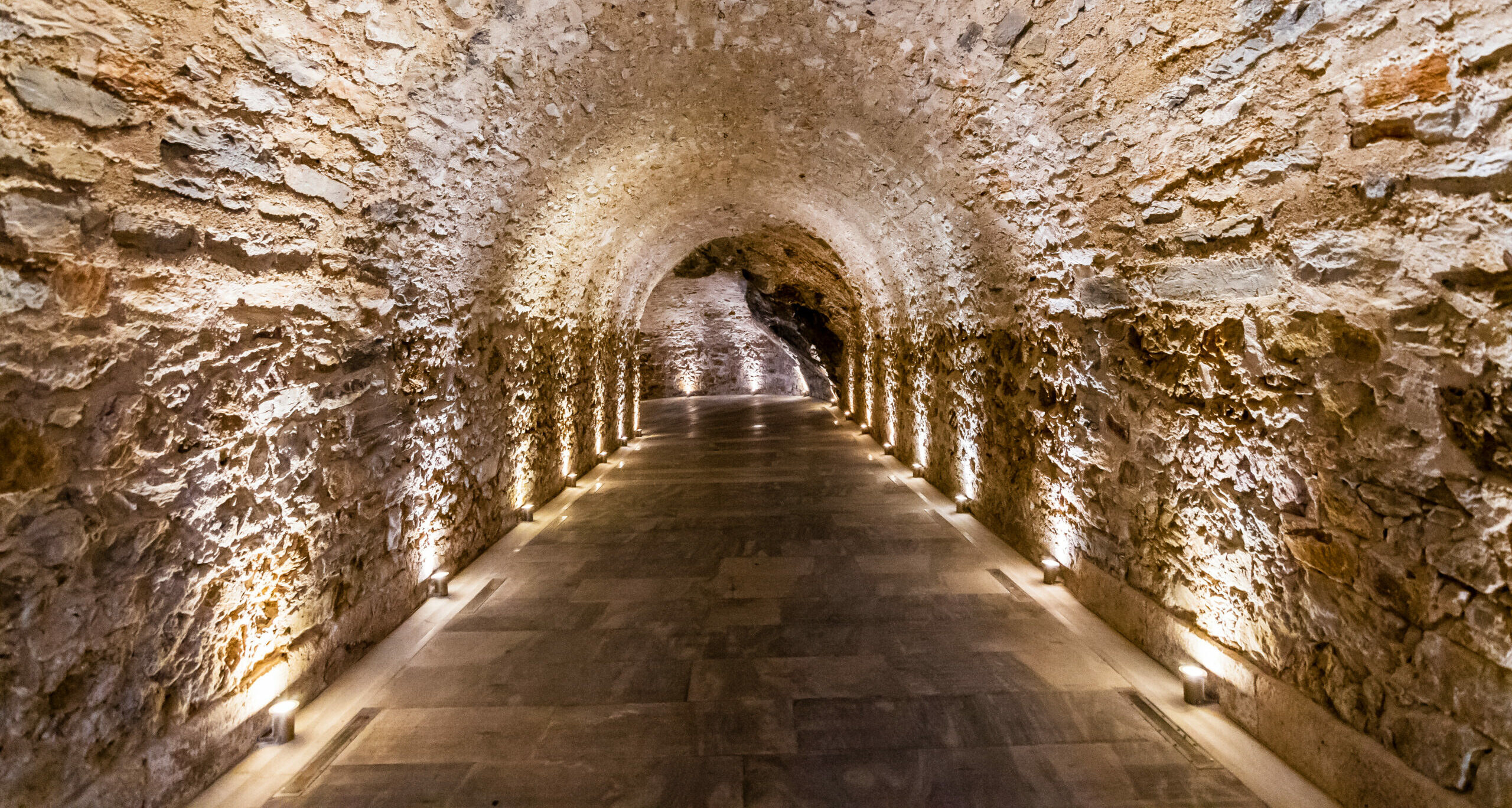 Athens: where is the Hole of Fate in the heart of the city?

The hidden arcade and the legends about it

Athens is filled with myths and legends that were born from time to time through the centuries. History often became entangled to myth and imagination, and in this specific persons, buildings or strange locations often helped. One of them is the Hole of Fate in the heart of the city. And yet many people don’t know where he is.

Kallimarmaron and the construction of the Hole of Fate

Kallimarmaron, that is, the Panathinaikon Stadium has been built on the site of the ancient Stadium which was created on the initiative of Lord Lykourgos in 330-329 BC It was in an ideal location. In the area of Pagkrati District east of Zappeion Gardens and north of the Ardittos hill, through which the sacred river, Ilissos, flowed.

There, in antiquity φορές, the Panathinaia (the greatest celebration of the Ancient Athenians) was held every four years. It was the greatest celebration in Ancient Athens dedicated to the goddess Athena. In the early years, the Stadium was covered with dirt and thus, the spectators sat on the ground. There were, however, just a few wooden docks for the city’s lords. But beneath the east abutment there was an underground tunnel. The athletes entered the athletics field, through that. Despite the continuous reconstructions of the stadium, this particular tunnel was the only part of the ancient stadium that has been preserved intact to this day. So this tunnel is also known as the “Hole of Fate”. The tunnel ended at the bottom of the Stadium, on the left side of the horseshoe, and was 57 meters long and 4 meters wide.

The history and legends of the tunnel in Athens

In the early years of its creation, the tunnel was decorated with marble and gold statues and Doric columns. At the time of the Roman era, the Stadium was transformed into an arena, where there were beast-fighting and gladiator duels the animals that would fight in the arena passed through the tunnel. In the Middle Ages, however, it began to be associated with various beliefs. It was roumored that the tunnel was a place chosen by witches. Various popular superstitions, in fact, mentioned that the Fates lived there and oracles were heard. Of course, there was never any specific incident, not even a figment of imagination. But there was this general feeling that something hidden and magical was happening in this tunnel in Athens. That is why it was called the “hole of fate”.

Later, at the first modern Olympic Games held in Athens in 1896, a changing room for athletes was created above the tunnel.

The “Hole of Fate” today

Today this particular tunnel is unknown to most residents of Athens and not only to them. Many people visit the Panathinaikon Stadium but do not know of its existence. However, the hidden tunnel of Kallimarmaron still stands intact through the passage of time and retains its veil of mystery which was created through the centuries.