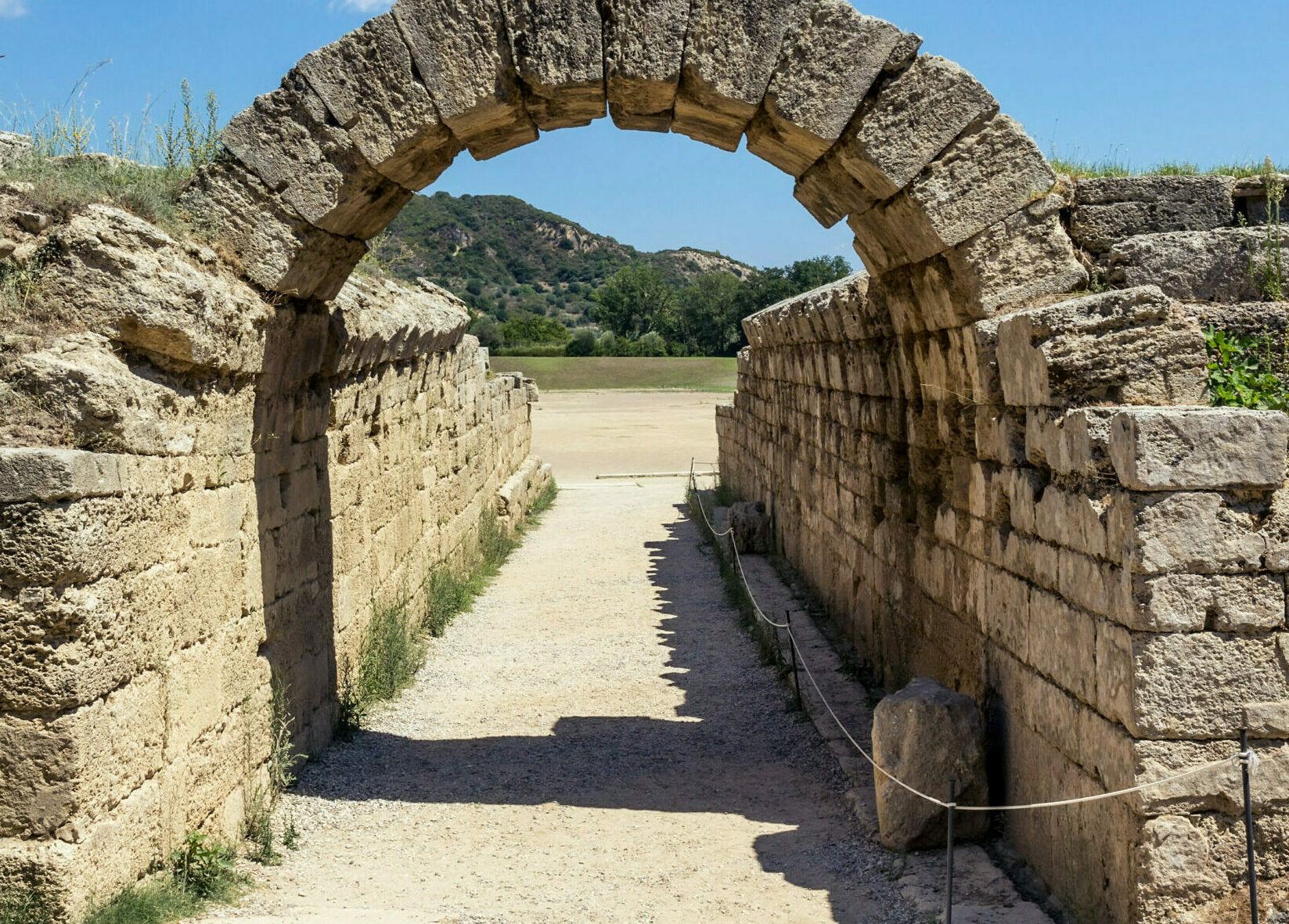 Ancient Olympia is a landscape that will touch you from the first moment. The preserved monuments confirm the history of the place and their importance in ancient Greek culture. It is an excursion worth doing all year round but especially in autumn. A unique and incredible journey through history.

Ancient Olympia has now evolved into a modern town. It is only 17 km from Pyrgos Ilias. About 1,300 residents live in the area. Every year it is visited by a very large number of tourists. But in the fall things are quieter. The Archaeological site of Olympia is synonymous with a journey in history that remains indelible. It was perhaps one of the most decisive places as far as it concerns its impact on the course of human civilization. It is the place where the first Olympic Games began.

Within the large surrounding area, there are many parts of the temples and other buildings of antiquity that reveal the high value that Ancient Olympia had as a place of worship to the gods of Olympus.

The Temple of Zeus

The trademark was the temple of God Zeus which was built in the years 470-456 BC. At the bottom of the interior of the temple there was the huge golden elephant statue of Zeus which was more than 12 meters high and was created by the sculptor Phidias around 430 BC.

After the abolition of the Olympic Games, the statue was moved to Istanbul, where it was destroyed by fire around 475 A.D. The statue was described as one of the 7 wonders of the world.

The temple of Hera (Heraio) One of the oldest examples of worship of the gods in our country was dedicated to the sanctuary of Olympia by the inhabitants of Skilluntos, the ancient city of Trifylia. The first temple of Hera was built around 650 BC, while around 600 BC the ‘back room” and the cloister were added to it.

However, according to the prevailing version, the church was built around 600 BC and was occasionally subjected to various interventions and was transformed during Roman times into a kind of museum, where the famous Hermes of Praxitelis was kept – among others.

It is remarkable that the temple of Hera reflects the complete evolution of the Doric rhythm, from the Archaic to the Roman times. At the bottom of the seine, which was divided into two aisles, were erected on a pedestal the worship statues of Zeus and Hera, as Pausanias (geographer) mentions. Hera was depicted sitting on a throne and beside her stood Zeus.

The altar of Hera is located to the east of Hera. At the altar, built in the 6th century BC in the place of the oldest altar of the goddess, the ceremony of touch of the Olympic Flame takes place until today.

There were the Olympic Games, but also the Hera, which were women’s games in honor of Hera. The location of the stadium was not that during the first centuries of the games. The stadium took its final form at the beginning of the 5th century. E.g. On the southern side of the stadium there was the greek platform and on the northern pliers, opposite, the altar of Demeter Hamynis, where the priestess of the goddess, the only woman who could watch the games.

At the end of the 3rd century. B.C. the monumental entrance of the stadium was constructed, the so-called Crypt, stone arched roof, from which the athletes entered the stadium. During Roman φορές, a monumental prophyl was added to the western end of the museum. In the ancient stadium of Olympia, the event of the ball (men and women) was held in August 2004 as part of the Athens Olympic Games.

The laboratory of Phidias It is the spot where the famous sculptor created the golden elephant statue of Zeus which was one of the seven wonders of the ancient
World. The building was built in the second half of the 5th century. B.C., when Phidias, after his works at the Acropolis of Athens, came to Olympia for the construction of the statue.

The workshop was later turned into a place of worship. In the 5th century. A.D. was built on the ruins of the building an early Christian basilica, the oldest known early Christian church of Ilia. 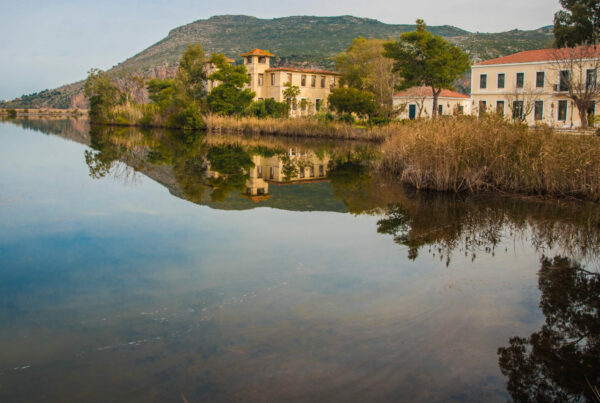