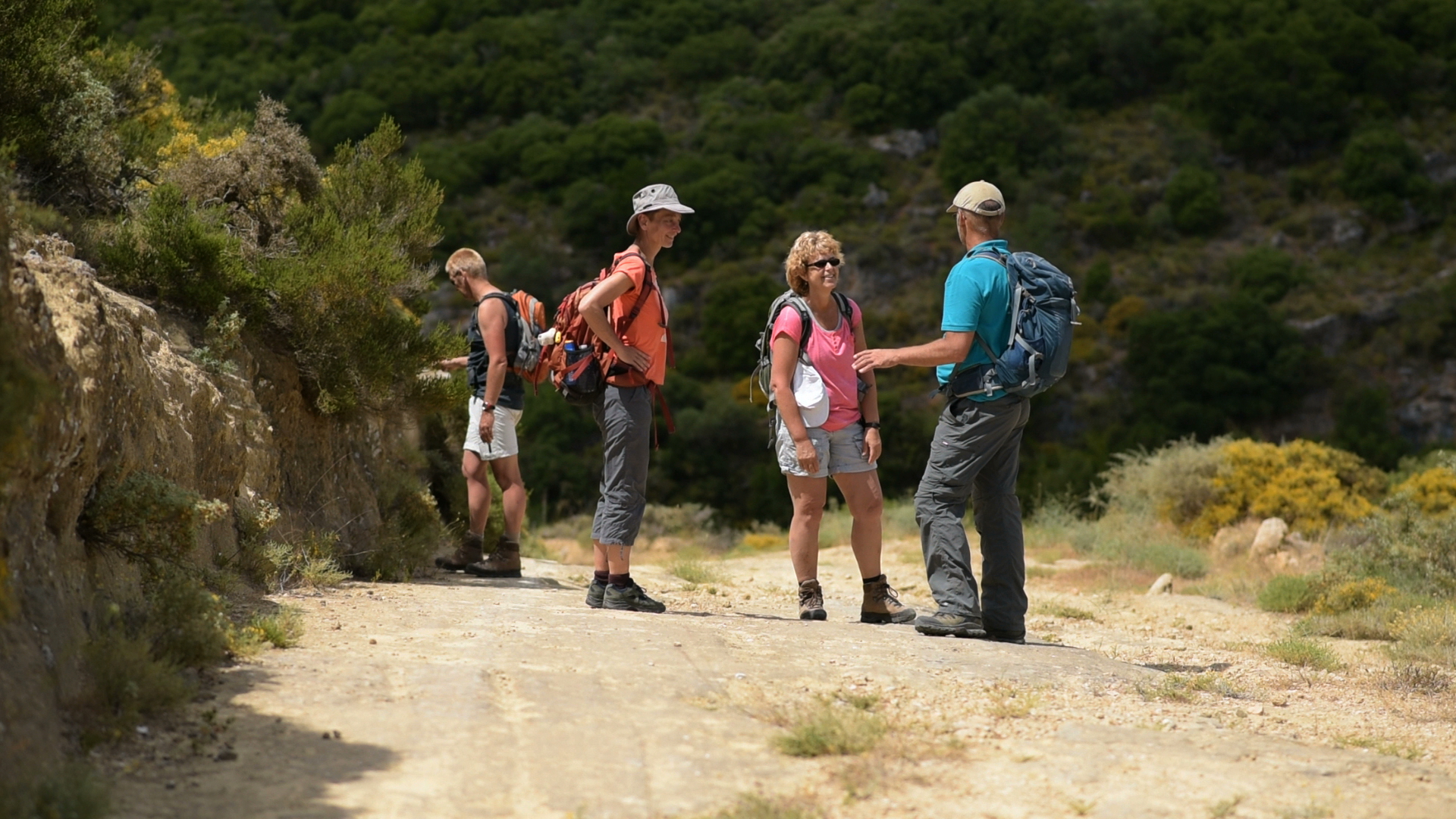 Hiking with a local guide in Kythera

Alone or with a guide, Kythera will reward the hiking lover with its unique landscapes

The island of Kythira has beautiful hiking trails. The walks lead through green valleys, olive groves, small pine forests, hills covered by Erica, through small villages and beaches that invite you to swim. A unique experience! However, long hikes in midsummer should be avoided, because most of the trails have no shadow.

A good start is to do the Chora-Kapsali route, through a spectacular path that was once one of Kythera’s busiest routes, connecting the island’s former main port, Kapsali, with the capital city of Chora. Today the path forms a circular route, allowing hikers to descend from the western side of the Kastro (castle fort) with a breathtaking view of the impressive cliffside fortifications.

Another very popular path is the one starting at the central square of the picturesque Mylopotamos village. It follows the old paved path to the unexpectedly impressive waterfall called “Neraida”. From there, one can follow the creek until the beach of Kalami.