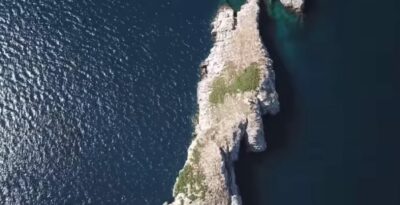 Attica and the surrounding areas often hide stories that we don’t know and have never heard of. This is also the case with the small island next to Marathon. Dipsa is the island near Marathon that once found shelter by 96 shipwrecks and survived.

The island “dipsa” next to Marathon and its story

The island “dipsa” is located in Evoikos gulf and is 6 nautical miles from Marathon Beach. It’s rocky and sandy. In ancient times it was a place of exile and punishment. Because the castaways usually died of thirst, the island is said to have been named that. Nowdays fishermen call it “lampsi”(flashing light), because of the lighthouse that was placed there after the sinking of the steamer “Cleo” in 1904.

What exactly happened then? It was Tuesday, January 6, 1904, the day of the celebration of the Epiphany passengers lived the drama of seeing the steamship Cleo, a 60 meter long ship, sink in the middle of South Evoiko seas. The island “Dipsa” was their salvation. That’s where the survivors sought refuge. They were without any supplies, no means of communication and no means of escape.

How did the wreck happen? It is said that the lieutenant, who was in charge in the bridge, ofell asleep at the helm. The result was the ship deviated from its course. Inevitably, “Cleo” was pinned with force on “Dipsa” Island, the small rocky island of the Evoikos gulf. The force of the impact was such that the crash was a given. The large steamer began to fill water and slowly and steadily immerse it self in the dark sea.

Naturally, panic prevailed. The captain ordered the sailors to create an artificial bridge between the ship and the rocky island. So, most of the passengers and crew began to be transported safely. However, many of the passengers, unable to maintain their composure, had jumped into the sea and were trying to climb the sharp rocks of Dipsa island. So one passenger lost his life and was the only victim of the wreck.

Another passenger decided to dive into the icy waters and seek help and managed. He swam 5.5 nautical miles and made it to Styra Evia, where he alerted the authorities.