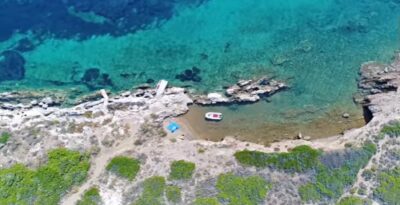 An enchanting beach and island to swim off in Attica

Exploring Attica we discover treasures that we wouldn’t even think they exist. Even in areas we may think we know well. One of them is Bravrona. And yet there is a beach with turquoise waters, a small island and a chapel that will steal your heart. At this point in Attica you can go swimming from the beach to the island. There you will enjoy crystal clear waters just 40 minutes from the center of Athens.

Attica: The beach with the island that you can go swimming

South of Artemida, i.e. in the area of Vravrona you will find many enchanting beaches with clear waters. There, in the naval group Vravronas and in the adjacent bays you will find crystal clear waters for diving from the rocks. From this beach you can start the journey of your dreams. And more specifically we’re talking about the small island on the opposite side that you go swimming in in about 15 minutes.

This particular island is called a heaven on earth and not unjustly. On it there is also the chapel of Agios Alexandros. the whole thing is an experience in itself. You can go to the Vravrona Naval Group, and go diving there, and then cross over to the island. If you like the special beaches, stay there until sunset and enjoy the view. The moment will be unforgettable.

The archaeological site in Vravrona in Attica

Vravrona is one of the most important archaeological sites of Attica. It is known for the temple of Artemis which has given its name to the modern municipality of eastern Attica. As well as the seaside neighboring settlement of Lutsa. It was built in a bay on the coast of the notios Evoikos Gulf, near the current settlement of Lutsa. In the Bronze Age few know that Vravrona was one of the 20 municipalities that united and formed the later Athenian state. Gradually Vravrona developed into a place of worship for Artemis. So a temple dedicated to her 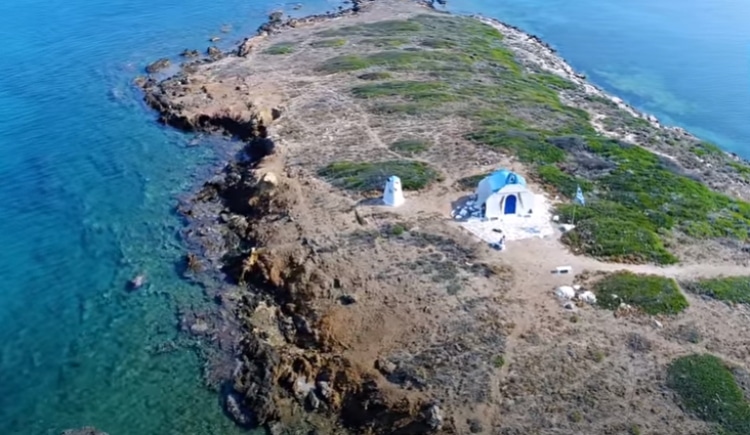 What does the legend say… During the Trojan campaign, the goddess Artemis demanded the sacrifice of Iphigenia to let the Mycenaean fleet to sail towards Troy. However, at the time of sacrifice, Iphigenia was saved by Artemis and transferred to the land of the Bulls on the shores of the Black Sea. Iphigenia returned from there to Greece with the help of her brother Orestes. The worship of Artemis in the region of Brayrona most likely began in the 8th century BC. The temple was built later in the 6th century BC.

After, however, the wars of the Athenians with the Macedonians, the region began to decline. It is thought to have been abandoned in the 2nd century BC, possibly after flooding.

What is certain is that today it is one of the most beautiful areas in Attica for swimming. You will find not only a beach with crystal clear waters for swimming and the good thing is that you don’t have to go many kilometers to get there.