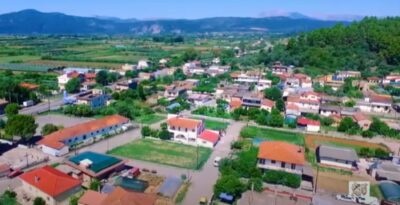 Central Greece : The other Kypseli of Greece with its special tradition

A trip to the past…

Greece has so many beautiful places that while you explore it you discover other larger or smaller corners that you did not know them. One of them has a name very familiar but also so different from what you imagine. It is the Kypseli And of course, we are not talking about the Kypseli the suburb of Attica but about a village with tradition and history. Kypseli that we are talking about is located in Agrinio and is a small Greek village with a Pontian( Greeks from the former Soviet Union) tradition. One of the most special villages in Greece worth getting to know.

The other Kypseli of Greece

The village of Kypseli, is located in the prefecture of Aitoloakarnania, at only 55 meters altitude. It has a special history and a pontian tradition. More specifically, there arrived Pontian refugees from the areas of Tivan and Kotyia Kerasuntos after the genocide in 1923. Initially, they stayed in an area just outside the location of today’s village. Characteristic is that the first thing they made was the church of Agios Athanasios.

A few years later, in 1929, the refugees were granted housing and pieces of land by the state and began to organize their lives again. So then they built a new village called Sfina. It is today the Kypseli village. Regarding the name Sfina (wedge), there are two versions for the name of the village the first says that it is quite possible that the name of the village came from the geographical location of the area.

And this from a rock that exists on the mountain next to the village that is like a wedge. As for the second version of the name says this came from the wedge of residents in the area. In 1986 the village was renamed Kypseli as it is called until today.

This beautiful village of Agrinio maintains to this day, Its natural Pontian tradition. In 2009 and following the actions of its priest, Father Anastasios, an exact copy of the sacred icon of Panagia Soumela.arrived in the village. And as is logical, it was welcomed by all the inhabitants with great joy and honor.

Some images from above of Kypseli village, a beautiful Greek village, can be seen in the video below from andreas koutsothanasis channel on Youtube. 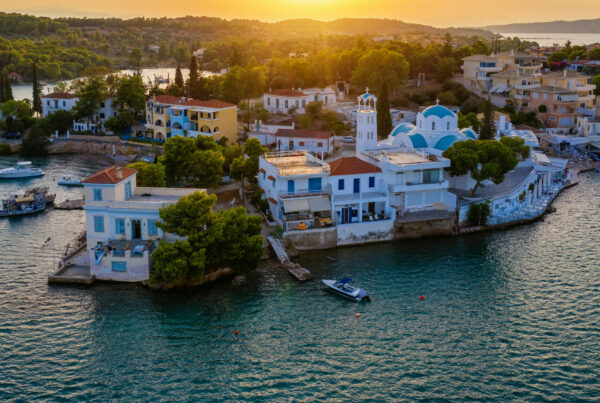 Porto Heli: check out the Riviera of the Peloponnese