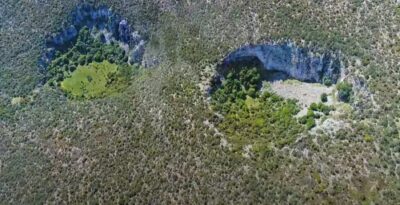 An impressive monument of nature

The more you explore Greece, the more you discover mysterious corners that captivate you and leave you speechless. They have a story worth discovering and often there is a mystery around various creations of nature and people. One such monument of nature is the giant, mysterious craters 2.5 hours away from Athens. The impressive craters are located in the area of Peleis Argolida and from above the images are magical.

The giant craters not so far from Athens

The giant craters of Argolida are also known as Dolines and they impress you when you learn about them. It is not yet scientifically clear where they come from. Some scientists believe that it is a precipitated cave roof. Of course, no cave has been found nearby but even if there was it must have been huge and has collapsed.

The other version is that it’s a crater created by a meteorite. And that, according to scientists, is unlikely to have happened. Either way, these imposing craters enchant the visitor. Especially if you look at the images from above you face a unique and almost otherworldly spectacle.

If you could look and get inside, you’d enjoy an endless silence; a silence interrupted only by the tweets of birds that find refuge in the little vegetation inside.

In the matter of size, in order to be able to perceive the impressive structure, it is enough to think that one crater (the western) has a diameter of 215 meters and the other (the eastern one) 230 meters.

Images of the giant and mysterious craters from the Haanity channel on Youtube. You can see from above the size of the craters, as well as how they extend into the area. A phenomenon you won’t see often in Greece… 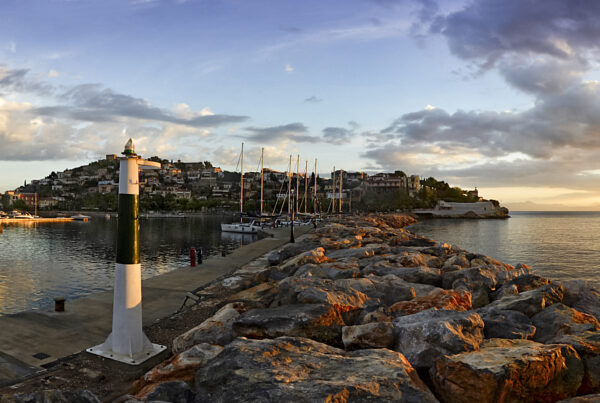