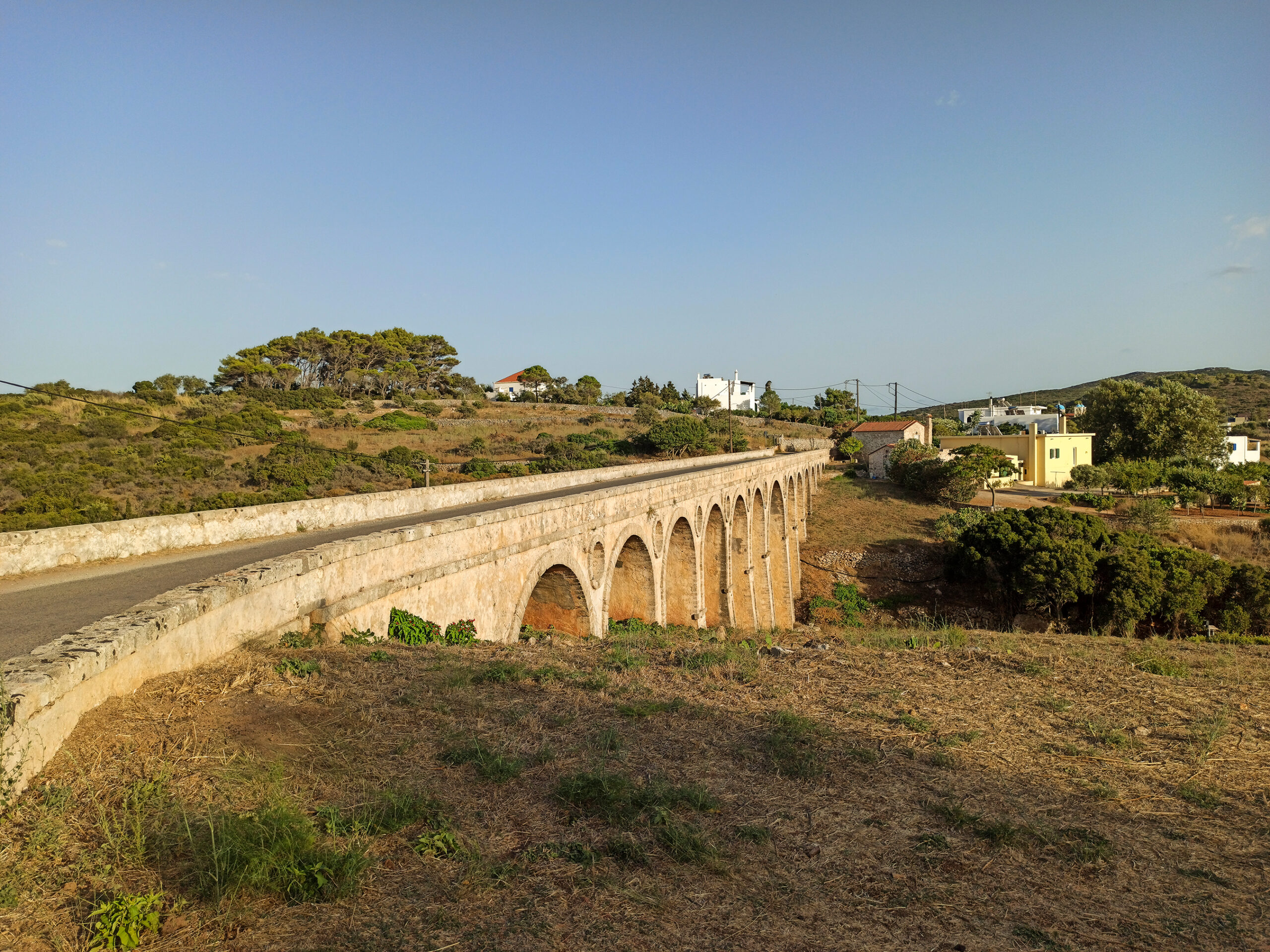 5 villages with a character in Kythera

Endowed with beautiful neoclassical buildings and abundant vegetation, Karavas is an oasis in Kythera

Karavas is a beautiful traditional village spreading on green terraced hillsides on Kythera’s north, 4 kilometres northwest of Agia Pelagia and 26 kilometres north of Chora. The village of Karavas was founded towards the end of the 18th century by refugees from the Peloponnese and from residents from the village of Potamos.

In the 19th century and early 20th century, this whole area was developed economically, as is evident in the many neoclassical buildings dominating the centre of the village.The name Karavas is derived from the word ‘Karavi’ which means ‘boat’ and according to the legend it refers to the fact that many boats crashed on the nearby rocks before the lighthouse was built.

The village consists of several small settlements where every neighbourhood has the name of the inhabitants (Diakopoulianika, Kritharianika, Mavragiorganika etc). This phenomenon of villages named after the inhabitants, is met everywhere on the island of Kythera.

There are many natural springs at Karavas with those of Amir Ali, best known among them. From this source starts a lovely path through a green jungle-like area, along creeks and streams, home of butterflies and dragonflies.

Mylopotamos is another medieval village with impressive architectural elements

Mylopotamos is one of the most picturesque medieval villages of Kythera. It consists of three settlements, Kato Chora, Limionas and Agia Sofia. Alluringly verdant, set in a wooded valley, this village is a true oasis in the summer.

It is located 15 km west of Chora, the capital of Kythera. On its central square, a little church and a nice kafeneion are nesting under the shadow of trees. A waterfall called Neraida (water nymph) adds even more to the lovely image of the square.

Kato Chora is the settlement with the oldest traditional architecture elements found in the English school and the Venetian fortress. This abandoned ‘Kastro’, built on the extension of a rock, was a refuge for the inhabitants in case of attack. In the entrance of the fortress we see the well-preserved symbol of Venetian domination, the lion of Saint Mark.

Inside its walls, houses and exceptional Byzantine and post-Byzantine churches stand to this day, like the church of Agios Athanasios, Panagia Mesosporitissa and Agios Ioannis Prodromos. From Kato Chora, a beautiful stone paved road leads to the astonishing cliffs of Limionas, a rocky bay with fine white sand.

Aroniadika village has an interesting architectural style, a mix of two influences

Located in the centre of Kythera, on the crossroads of two main roads, Aroniadika is a medium size picturesque village, with lots of traditional elements. Its  architecture is strongly influenced by the two dominant trends typical of the island, the one from the north, influenced by the houses of the Peloponnese with tiled roofs and that of the south, influenced by Crete, resulting in a very interesting mixed aesthetic style.

Aroniadika draws quite a lot of tourist traffic and there are plenty of accommodation choices as well as eating places and cafes for moments of rest and pleasure. A stroll in the village’s narrow alleys is a wonderful opportunity to get a close sense of the local architecture. At the Honey Producers Cooperative at Aroniadika, you can taste and buy the pure golden honey of Kythera, famous all over the world.

Avlemonas is a small picturesque fishing village that invites you to relax, an ideal place to decelerate. It has a small harbor, built in Cycladic style, on the east of the island. The beach, which looks like a pool, has both rocky and sandy areas, and its warm, peaceful water is ideal for swimming and water sports.

Its crystal clear blue coves make Avlemonas a main point of attraction in the area. It is also an ideal swimming choice for children as the area is surrounded with places where adults can have a meal, drink or coffee while attending to the young swimmers.

Livadi, home of the famous Katouni bridge, is rich in religious treasures

As a traditional settlement, Livadi, located 4 km north of Chora in Kythera, was developed during the period of the English rule, when the famous stone bridge of Katouni was built by the English commissioner in the area of Kato Livadi.

It is a 110m long and 6m wide bridge with 13 arches, the biggest of this type in Greece and obviously one of the most important sites of the island. In the area of Kato Livadi there is also the Byzantine Museum of Kythera, housed in one of the rooms of the post-Byzantine church of the Assumption of the Virgin.

This interesting museum has religious paintings and objects used for religious rituals, as well as murals dating from the early-Christian to the post-Byzantine era. The museum also displays a significant mosaic floor from the abandoned church of Agios Ioannis in Potamos.

Another interesting site in Livadi is the English school built in gothic style. Around the village there are many religious monuments, such as the monasteries of Panagia Myrtidiotissa and Agia Elesa, as well as the 9th century church of Agios Andreas.