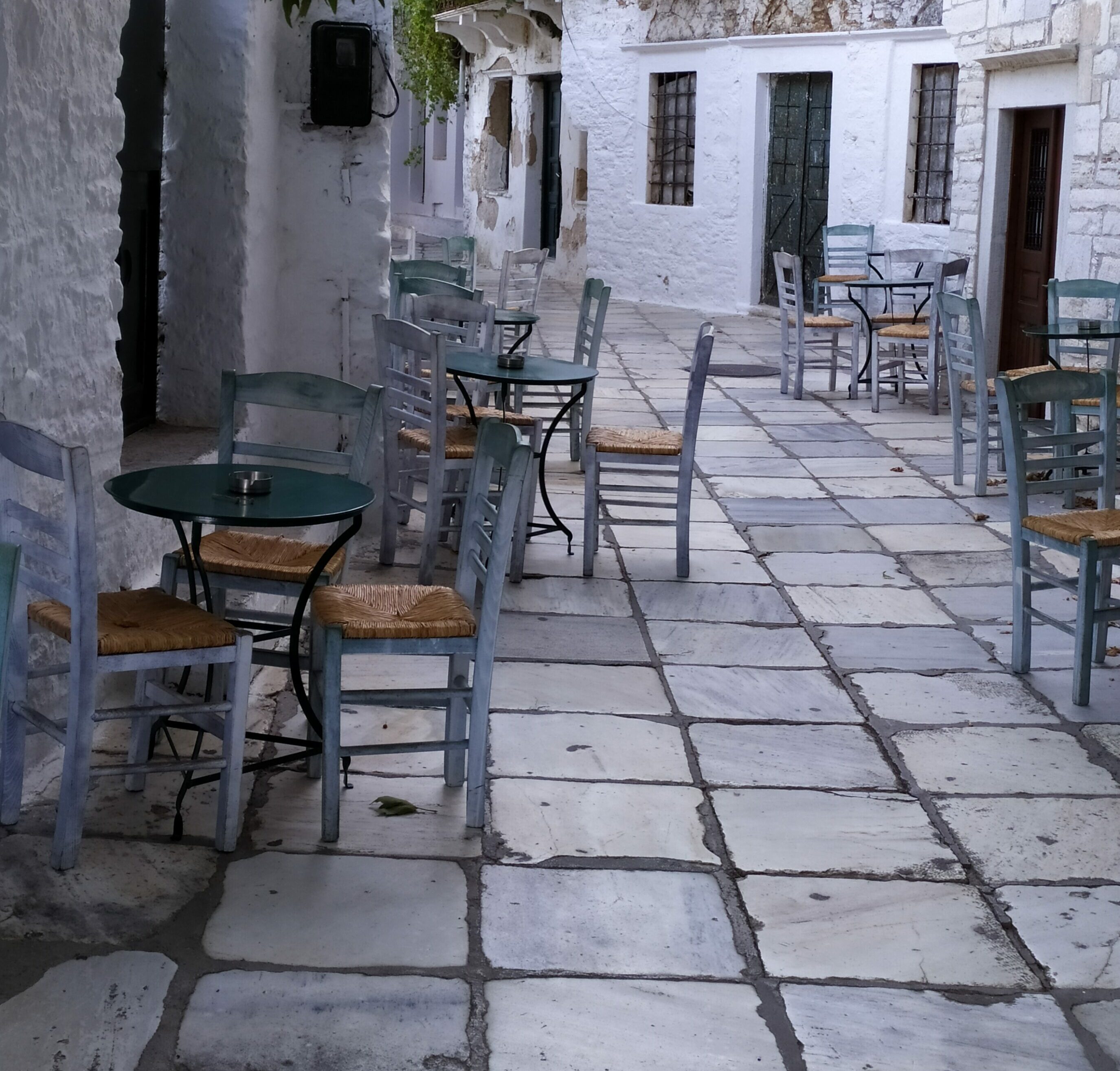 Greece has hundreds of villages on islands and in mainland. Some of them are smaller, some of them larger and many of them with some peculiarities. Features that make them stand out. One of them is located in the Cyclades Islands and specifically in Naxos island. Apiranthos is not only famous for its potatoes but also for something else. For its local dialect that refers to Crete. 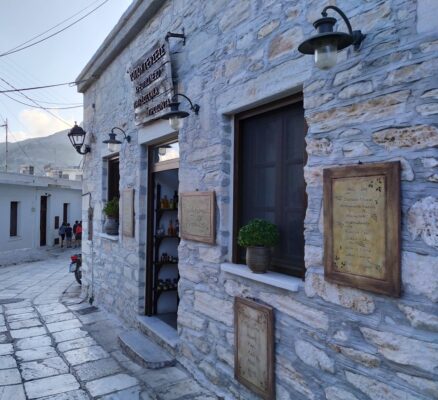 A village in the Cyclades with Cretan dialect

Beautiful old two-storey houses and squares with traditional cafes, cobblestones of typical Cycladic architecture with vaulted arches and impressive Venetian towers. These generally make up the image that you will see when you visit Apiranthos village in Naxos island.

Apart from its wine, cheese and potatoes, what makes it stand out on the island is the linguistic idiom of its inhabitants, which refers to the Cretan dialect. If you make decisions to arrange a summer vacation in Naxos and stay in one of the accommodations of Apiranthos you will find out for yourself. Talking to a local, you’ll hear that special accent. Watching closely some of the customs of the village, in fact, you will often be a witness of this peculiar relationship of the village with Crete, and more specifically Sfakia (with which they have fraternized at the level of municipalities since 2003) and Anogia. In Crete, you are also referred to by their traditional costumes while the locals create their own mantinades (Cretan exclusive style of poems) which they call “cotsakia”. Their feasts never take place without a lute and a Cretan lyre.

Various stories, short stories and myths say that the first inhabitants of the village in the Cyclades Islands were Sfakian (Cretans from the village of Sfakia) warriors. They were looking for Ariadne to take her back home. Then, fascinated by this village, they “fell in love with it” and stayed there forever creating its first seven families. References are also made to many Cretan painters, who arrived here during the Byzantine period, while historically recorded is the fact that many fighters of failed revolutions during the Frankish and Turkish occupations fled either hunted or ousted in Naxos and Apinanthos. 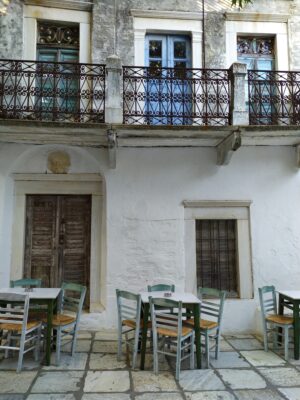 A special village that Naxos has

Built at an altitude of 650 meters in the Cyclades “Apirathos” – as the village is called in Naxos – is found at a distance of 32 km. from the island Chora (the capital town). It keeps the local colour unchanged, which is impressive from the beginning. You think you’re in another era. And this may be also confirmed by its peculiar architectural character going way back to the Venetian era.

This stone-built village of poetry and melody can’t leave you unmoved. If you visit it, you’ve unlocked the other side of the Cyclades Islands. At the entrance of Apiranthos, your attention will be caught by the impressive tower of Zevgolis of the 17th century, which is built on a rock. It is also the starting point for the tour of the village as it’s characterized as a traditional settlement since 1978.

Tip: If you are in Naxos and Apiranthos do not forget to visit Mutsuna. This port of Apiranthos is a natural haven, from which the transfer of Emery took place. There are also the old installations of the air railway built in 1925 for the transport of emery, from the mines of Korona. Today, Mutsuna is a picturesque seaside settlement with rooms for rent and fish taverns.