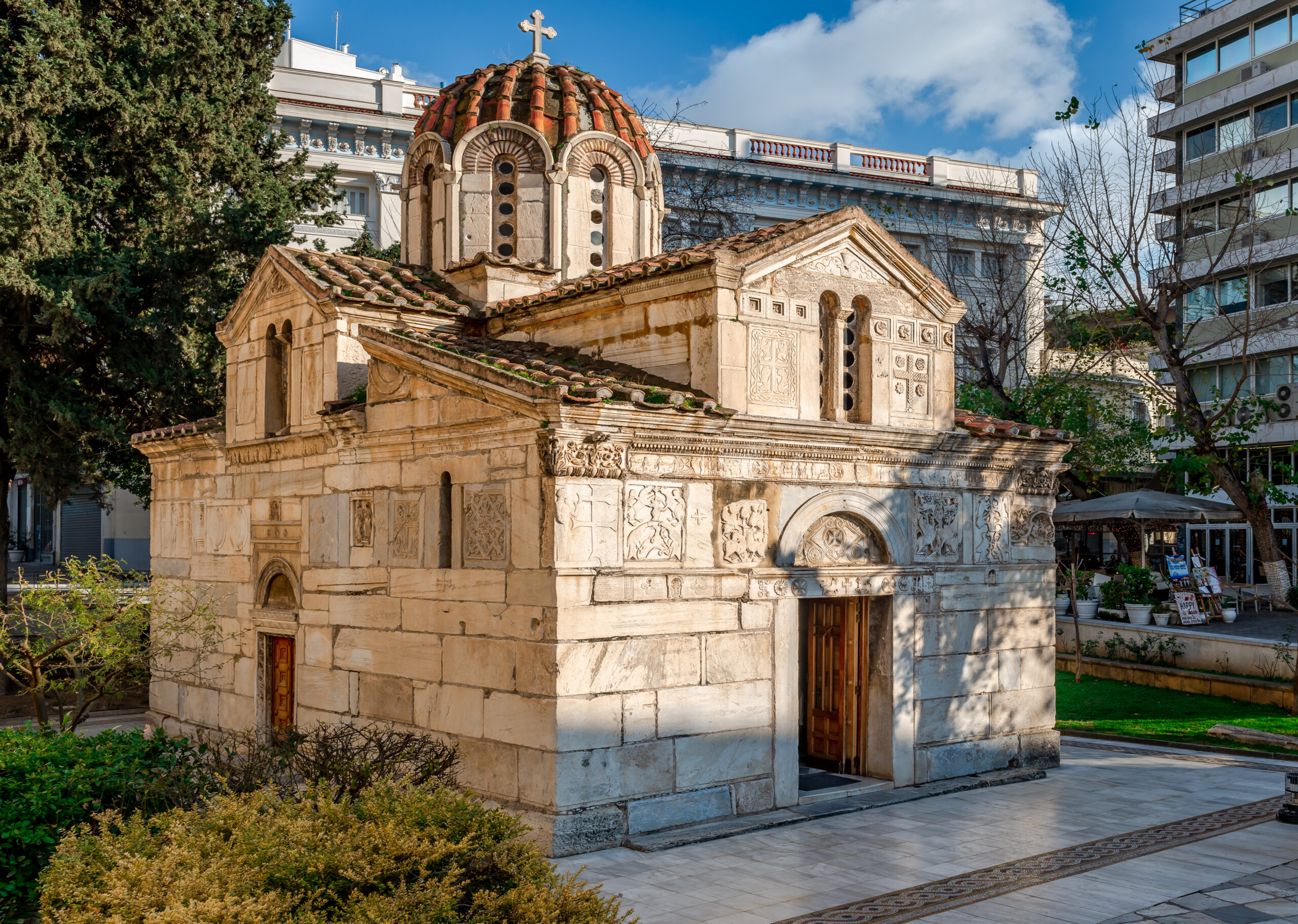 A special temple in the center of the capital of Greece

The Metropolis Church of Athens is known by all. Next to it, however, there is another small gem, the so-called “little Metropolis Church” of Athens. It is a small church dedicated to Panagia Gorgoepikoos (Virgin Mary who hears us and answers promptly) and to Agios Eleftherios.

The small Metropolis Church was built at the end of the 12th century. It’s characteristic that for its construction stones or bricks were not used as a building material . Its architect, following the customary building tactics of the time, used recycled building material. He thus built the church on a temple dedicated to Eileithyia, the ancient deity who protected pregnant women.

After the creation of the Greek state, the small Metropolis Churchwas dedicated to Agios Eleftherios, in the name of freedom. Three years later and for a while the small church housed the public library of Athens. From 1863 onwards it was dedicated to Agios Eleftherios. This is, in fact, a very special construction. The walls of the temple are entirely made of large marble stones with no ornamentation. One can even see reliefs from ancient Greek, Roman and early Byzantine monuments. You’ll see no bricks anywhere except for the dome.

Standing there for so many centuries, having been constructed in this special way, you can observe that the illustration and reliefs of the temple are full of symbolism depicting the pass of centuries. During the years of the Turkish occupation, it was the chapel of the residence of the High Priest of Athens. That’s when it became known as the Small Metropolis Church, and it kept this name to this day.

This elegant and impressive church survives to this day in its original form. Many describe it as an open-air sculpture museum and they have a point. The combination of the materials used for its construction gives such an impressive result.

Taking a walk in the centre of Athens, make a stop and get to know it closely.