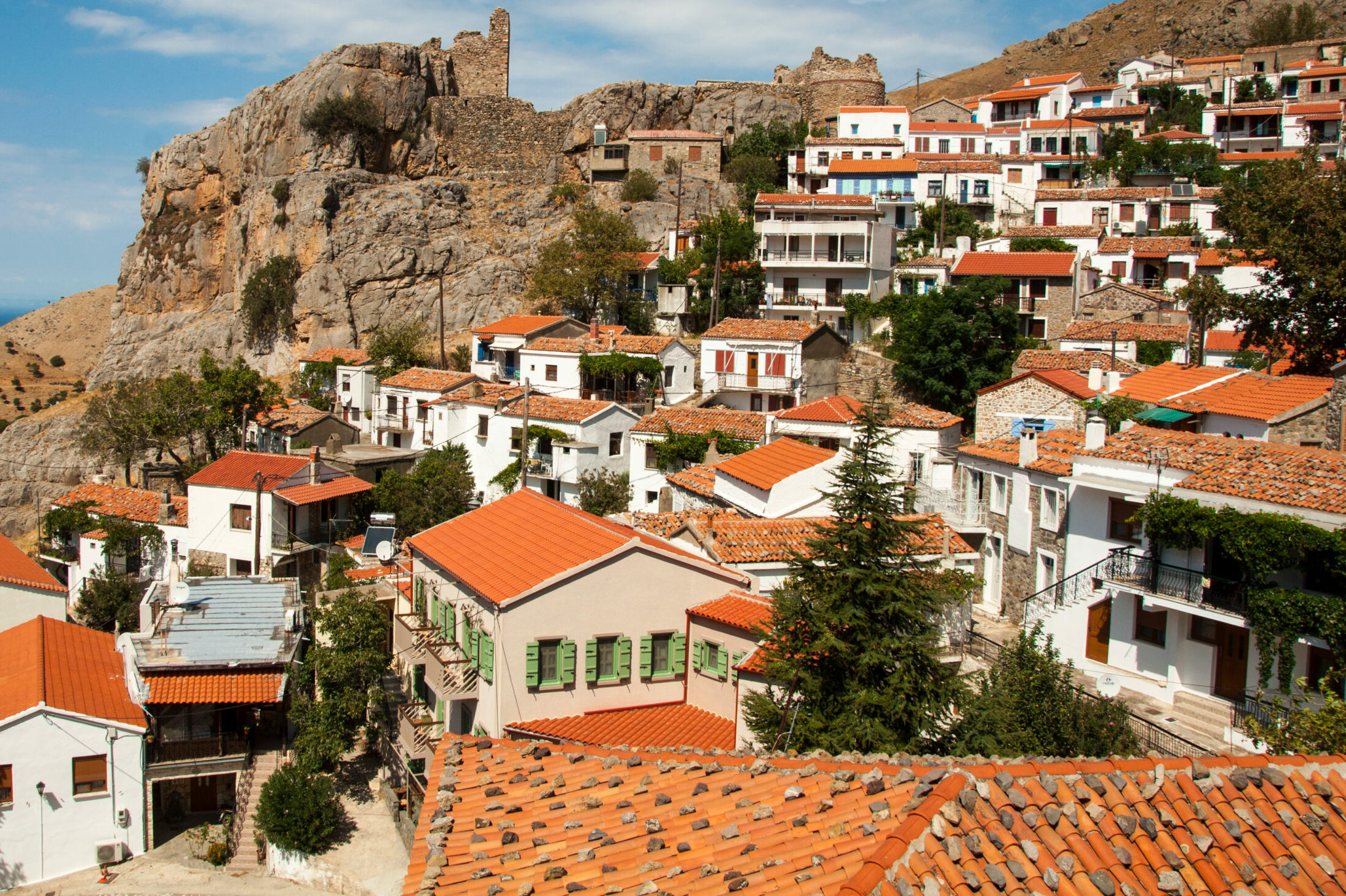 Samothraki: Get acquainted with the special “Island of the Great Gods”

Lacy beaches, waterfalls and a sacred mountain of antiquity times

There are those islands that are famous and cosmopolitan. And there are also those little treasures in Greece that stand out for the simplicity and at the same time the alternative experience they offer you if you happen to be there as a traveller. And one of them is Samothraki.

The island of Aeolus, according to the Greek mythology, emerges from the Thracian Sea, crowned from the highest mountain volume of the Aegean Sea, the majestic Mount Saos.

The “Island of the Great Gods” in Greece

One of the most important monuments of the archaeological site in Samothraki that stands out is the Propyl of Ptolemy B’, a tribute of the Egyptian king to the Great Gods, the Holy Circle, a circular space for standing spectators, the square memorial of Philip of Aridaia and Alexander IV and the Palace, where the initiation to the first degree of mysterious cult took place. Of course, we cannot omit the Monument of Niki (Victory), where the statue of Niki of Samothrace was placed, on the bow of a ship.

According to Homer, the god Poseidon watched the progress of the Trojan War from Mount Saos. The sacred mountain of antiquity with its wild peaks, pebbled beaches, running waters, unique antiquities and a Chora (capital) that is like a gemstone, compose the charm that this mystic island offers. Samothraki is an island that stands out in Greece. It is synonymous to history and natural beauty.

It is said that Samothraki is for those who want to have an alternative vacation. And such a view is reasonably supported. You won’t see the typical Island of the Cyclades Complex, here for example. Arriving on the Island of the Great Gods you will encounter a verdant environment, surrounded by ponds and running water. On the north side of the island and at a high altitude the forests with plane trees, oaks, chestnut trees and cedar trees dominate the landscape. Thyme, oregano and all kinds of aromatic and medicinal plants accompany you on your tour of the island.

The riverside forests are cooled off by hundreds of streams with crystal clear waters, which spring from Mount Saos and flow rushing towards the sea. The image is filled in with a great number of springs running through the mountain. They form waterfalls as well as natural stone pools. These are the famous “vathres”. The impressive streams and waterfalls are, after all, the trademark of the island. One of the most beautiful streams in Greece is considered the stream of Fonias (Murderer), with its 35 meter-high waterfall.

And of course, the shores of the island are of no less beauty. How can one not be fascinated by the lacy, mainly pebbled beaches of Samothraki? Some of them accessible by road and others only by sea. The vast beach of Kipon (Gardens) with its characteristic grey and black crocs and its shiny pebbles stands out. To the south, there is also the only sandy beach of the island, Pachia Ammos. In addition to this feature, it also stands out for the magnificent view offered by the chapel of Panagia Krimniotissa, built on the edge of a rock. 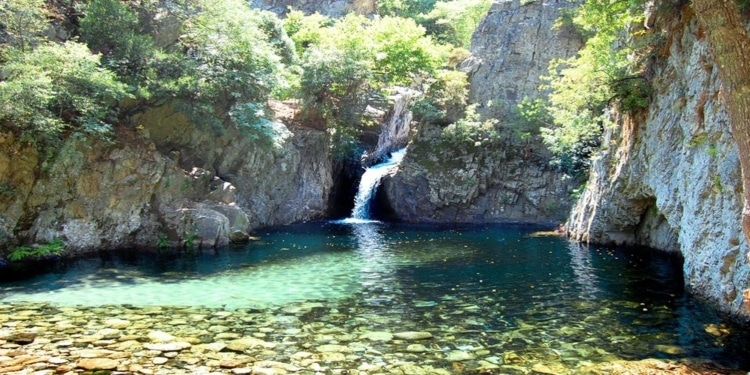 Lovers of exploration find in this corner in Greece their own personal paradise. From canyon crossings and mountain biking to paragliding and rafting, canoe kayaking and diving. These are just some of the experiences that visitors to this island seek.

If you haven’t been convinced by all we have described this far, in order for you to explore this island up close by staying in one of the dozens of accommodations it has, then you need to know one more thing. The generous nature “has gifted” Samothraki with a huge geothermal landscape. The hot sulphuric thermal springs with their great therapeutic value, dominate the entrance of the settlement of Thermes. The hydrotherapy centre, that operates in the area, gives health and well-being to thousands of Greeks and foreigners, who are on the island for the summer.