Rhodes: The unique sights of the Medieval city

An island full of history…

Knights Island isn’t just a destination you’ll have a good time on vacation. It’s the place where you’re going to have many experiences at the same time. From magical endless sandy beaches and crystal clear waters to good food and unique hospitality. But surely one of the nicest places on the island are its sights. The castle of Rhodes which is among the largest and most well-preserved castles in the world is one of the best sights of the islands

Rhodes: The unique sights of the Medieval city

Arriving by boat in the city of Rhodes and heading towards the road of the Knights which is the main road next to the port, it is impossible not to notice the “trademark” of the island. The imposing Castle with the huge gate rises in front of you with nobility. He challenges you to take a fascinating tour to his story.

As you begin to wander, you will notice many bridges connected by different castle buildings. But there are also many underground arcades that are connected through ditches. Most were secret and the inhabitants used to move to the inner medieval city or other places further away, through them.

Few people can visit them today, as most have collapsed or stuffed. A large number of galleries were created during the construction of the castle by the Knights of St. John, in the 14th century AD. or, as they called them, the knights of the Order of St. John. Their authority on the island lasted from 1309 to 1522.

During these almost two centuries, the Knights showed their great experience in the construction and operation of fortresses in the Holy Land. The castle of Rhodes has remained almost intact while time is passing by. It was built in the practice of almost all medieval cities which followed as a model the Theodosian Walls of Istanbul.

A trip into history

Over the centuries, there have been many conquerors who may not have caused significant damage to the castle but they left their mark. More importantly, Suleiman the Magnificent. Its siege in 1522 marked the end of the era of traditional castles, thus changing the landscape – literally – of European fortifications.

When the Ottomans occupied the city, they did not tear down the walls but repaired them. At the same time,they did not neglect to maintain the walls during the four centuries that their rule lasted. On the other hand, they did not make any additions or significant modifications to the fortification

The work of the fortifications of the castle stopped forever freezing time in the distant 1522. n this way, Rhodes today represents worldwide a representative sample of the transition from the traditional way of building castles to a new type adapted to the era of firearms.

In 1912 Rhodes was occupied by the Italians, and in 1949, together with all the islands of the Dodecanese, it joined with Greece. In 1988, UNESCO declared Rhodes a World Heritage City. 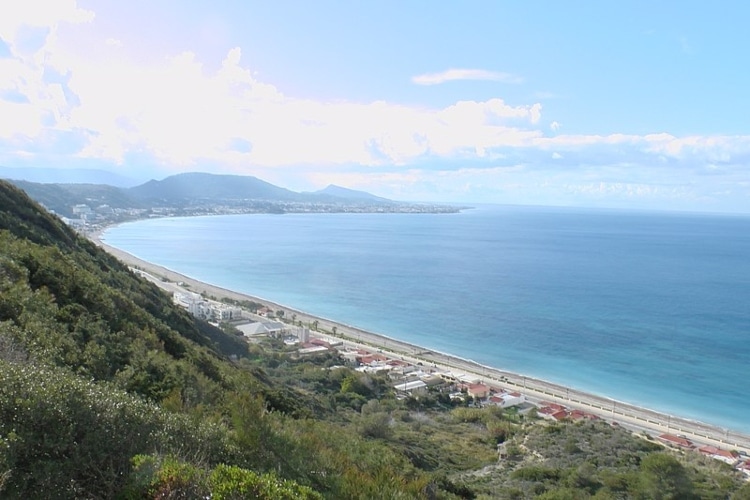