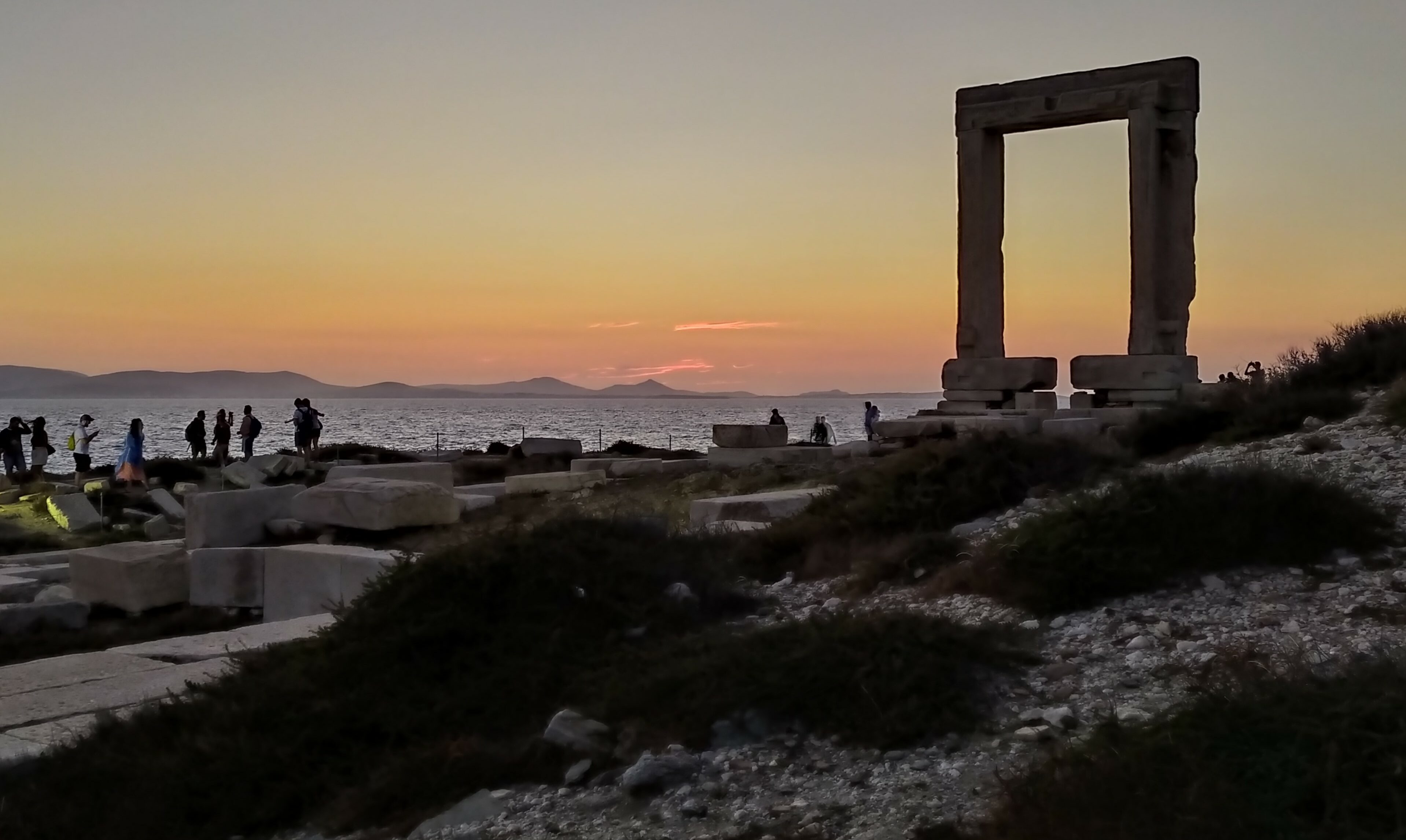 The Portara, or Big Door, greets you at Naxos

Naxos the island of the Aegean that everyone can enjoy regardless the age. Couples, families, and groups. Everyone finds something that will make them to want to come back. And among all the others, there’s something that makes Naxos remarkable. Her trademark. It is Portara, the largest door of Naxos that it is impossible not to notice and admire on the island.

It is the most imposing marble “Porta”(door) of the Cyclades, also known as Portara. It began to be built in the 6th century BC, by the tyrant Lygdami following the specifications of the temple of Olympian Zeus (mythical god) in Athens and Hera (mythical goddess) in Samos, and the plan was to be built a larger temple. 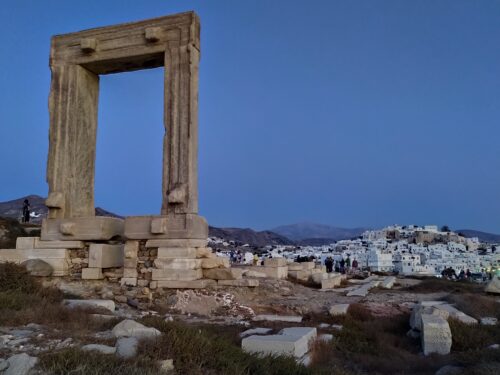 Portara in Naxos impresses all visitors

Portara consists of 4 monoliths made of Naxian marble with a length of more than 6 meters and a weight of about 20 tons. It’s according to the Ionic order (is one of the three canonic orders of classical architecture), its length was 59 meters long and the wide 28 meters. Its entrance was on the west side. Unusual in temples of this type. The gate that survives today led from the precursor to the cella (is the inner chamber) of the temple.’ There are ruins around its foundations and also the foundations of the perimeter colonnade that was never completed.

Much later, in the early years of Christianity in the 6th or 7th century, the church was transformed as was customary at the time into a royal church, on its ruins with a registered arch. Many marble parts from Portara were used during the Venetian period for the construction of the Castle of Chora.

The story of Portara has various rumors to follow. Its rectangular shape is oriented towards Delos. It was dedicated to Apollo, the mythic god. Also in the Palaces (the small island where Portara has been built on), Theseus (a mythical king of Athens) left Ariadne (Cretan princess in Greek mythology) who had “grabbed” her as he was leaving Crete after he had killed the Minotaur (a mythical creature with the head and tail of a bull and the body of a man). Then Dionysus (mythical god) stole her. This is why it is considered the location where the first “Dionysia” (festival in honor of the god Dionysus) was celebrated. 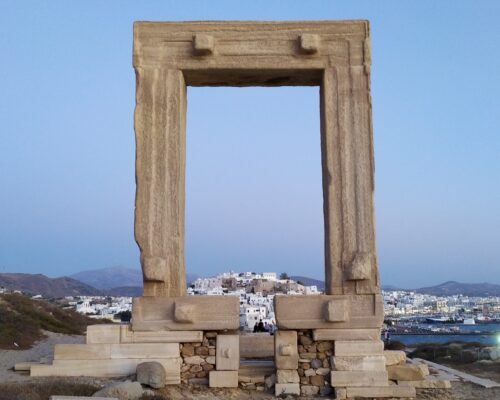 This small island was not connected to Naxos until 1919. Today it is joined by land with a paved path. Because sea levels have risen considerably since antiquity to the present day, the ancient coasts have been covered by water. So today we know that the Palaces island in the ancient years was a low hill opposite the Castle and in between, there was a lowland area.

Holidays in Naxos will offer you what we call relaxation, fun, and a journey in history. A combination you’ll remember for a long time…