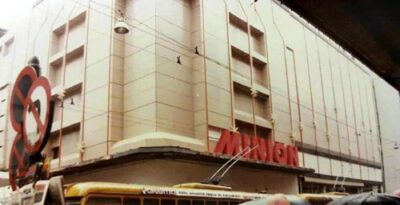 Minion: The history of the legendary Greek Shopping Center

The innovations, the queues in Patision avenue and the arson that led to the collapse

If you were a kid in Athens in the ’80s then you’d probably have a picture of Santa Claus in Minion. The department store that the Athenians fondly remember to this day. The store that was closing its doors for security reasons. Because there was no more room for people.

The name of the businessman behind the inglorious Minion was Ioannis Georgakas. It all started when at the age of 13, Georgakas arrived alone in Athens from the prefecture of Olympia (an area in Peloponnese where the infamous Olympic Games took place in antiquity times). Coming from a poor family, he had to find a way to survive. And he did. He worked in a grocery store, a cigarette station, as a waiter, anywhere… Where there was a salary. Thirsty for knowledge, he finished the night school and then joint the army. After completing his military service, he began working as a salesman for a living. He would go around Athens from one end to the other on his bike, and supply kiosks and news-stands. At that time and on these rides, his relationship with Minion begins.

At that time, Minion was just a kiosk that looked more like a mini-market. That’s what fascinated him. That in this booth one could find whatever one wanted. From cigarettes to glasses. This small (as the name suggests) pavilion was made in the hands of Georgakas the megatherium called (ironically) Minion, the first Mall in Athens. The pavilion was then owned by the recently arrived from the USA Angelos Serafeimides. The young salesman was able to convince Serafeimides to a partnership. In this pavilion, he could see his business dream come true. And as it turned out, he wasn’t wrong. 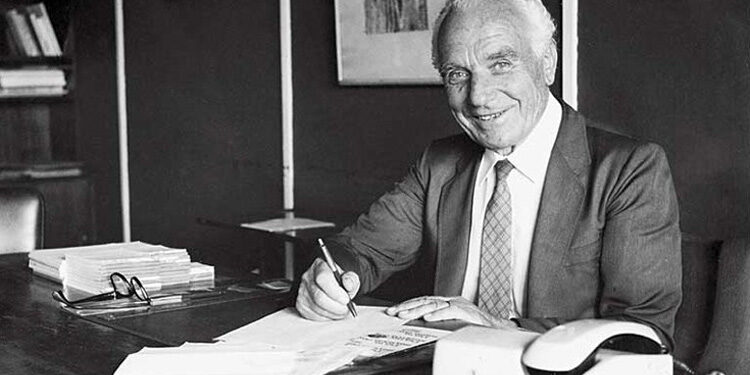 Their intelligence and their business thinking worked wonders. They started bidding and filled the place with even more items. Within a short time, another kiosk opens in the area nearby. They had managed to turn the kiosks into small department stores. Their first regular store in Chaftia didn’t take long to come. In 1944, the greater step forward will be taken. The Minion that will make history opens in Patision avenue. But soon the department store passed completely into the hands of Georgakas. Serafeimides retired and went back to the US. As the sole owner, Georgakas takes over. 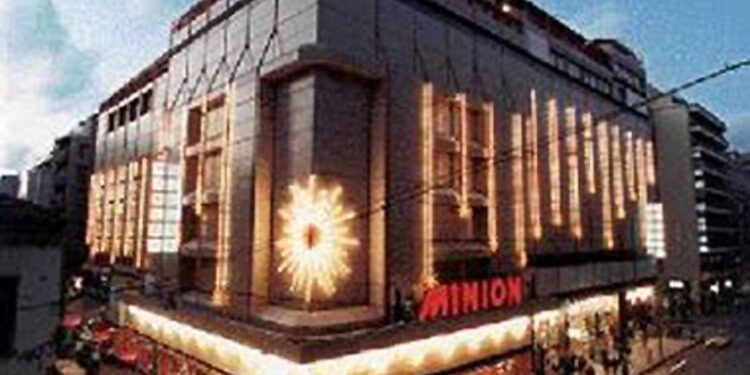 Within a few years, Minion managed to become a reference point in the centre of Athens and beyond. The number 13 of Patision avenue will experience historical moments. Queues of people were set up in the pioneering, for the time, shop. The success was not accidental. Georgakas was a businessman with a vision. He was far ahead of his time as those who knew him or had worked with him have stated.

Few know that Minion was the first store in Greece to establish annual discounts. The name Minion was heard on radios and televisions. People who came for a walk or business in Athens couldn’t help but pass by. Every year the owner of Minion had a new idea. He installed escalators and used computers in times no one would have imagined. You could find literally everything in Minion. From clothes to restaurants and hairdressers. The fixed prices had replaced the bazaars within a few years. People loved Minion.

Forty-two vehicles with 135 firemen and all the fire school students were unable to save it.

The highlight of the season, however, was Christmas. It is of no coincidence that the phrase “Christmas equals Minion” was often heard. A celebration was set up in the department store for days. Dozens of Santa Clauses were recruited to entertain the children. There was an entire procession in the centre of Athens with Santa Claus greeting the people. 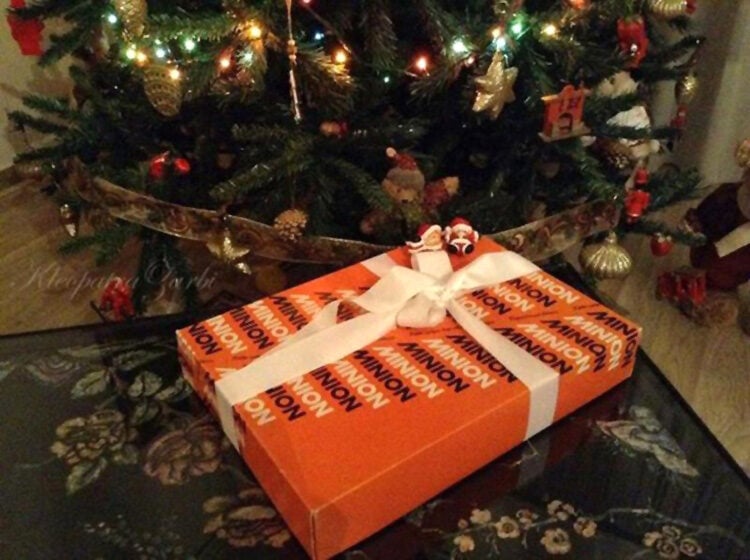 Events, Disney figures and toys were set up on the floors. And in all this Georgakas was present to enjoy with the happiness of the people. That’s what people who knew him say. “He wanted to see the world happy.” He even used to hand out chocolates to the children who arrived at his shop with their parents. 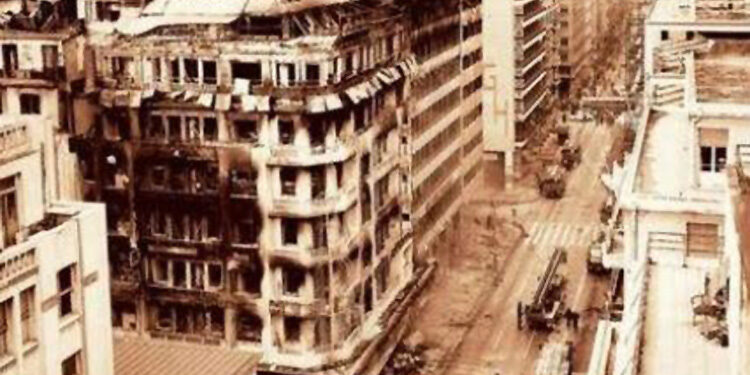 The beginning of the end came suddenly. The irony? During the days when it lived its greatest glory. Christmas Eve of 1980. December 18th. That Friday, an arson three hours after midnight would leave behind only blackness and the skeleton of the building. The fire started on the highest floors. Where the most flammable materials were located. Within hours, Minion was a thing of the past.

It is characteristic that with the fire even the electricity supply in the area of ​​Omonia was interrupted. Forty-two vehicles with 135 firemen and all the students of the Fire Brigade were unable to save it. The disaster was a given. According to the information at the time, the losses amounted to two billion drachmas. 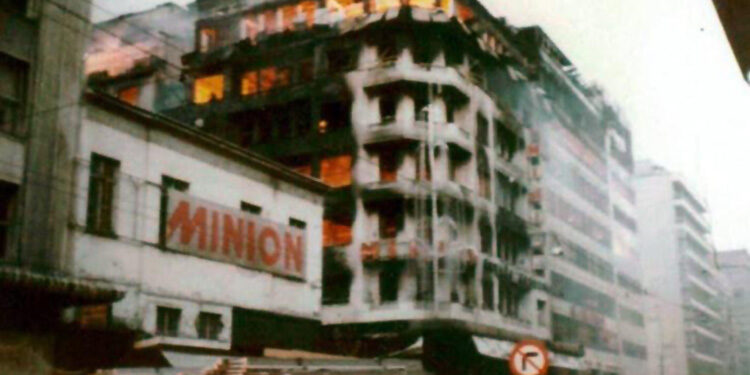 Georgakas didn’t give up even then. He rebuilds Minion from the beginning despite the huge financial difficulties. Despite the all-encompassing love of the world, Minion was on a countdown. After the fire and the reopening of Minion, it is estimated that there were about 5 million visits a year. But the problems were deeper.

A few years later, in 1983, Minion passed into the hands of the state. It joined the so-called ‘troubled companies’. Besides, it could no longer pioneer so easily New and more competitive stores changed the image of retail.

The last attempt was made in 1991. Georgakas, but not alone this time, is regaining control of Minion. His effort lasted one year. Having already reached the age of 79, he decided to sell his stake. Minion continues to function, but nothing could restore it to its former glory. The definitive end came a few years later and with many problems. Liquidity difficulties and fierce competition, among others, will lead Minion to a lock, in 1998.

Those who have lived through these times and pass by the site, especially on the holiday season can not help but feel nostalgic. You think Santa’s going to say hello and you’re going to sit down and take the classic shot…