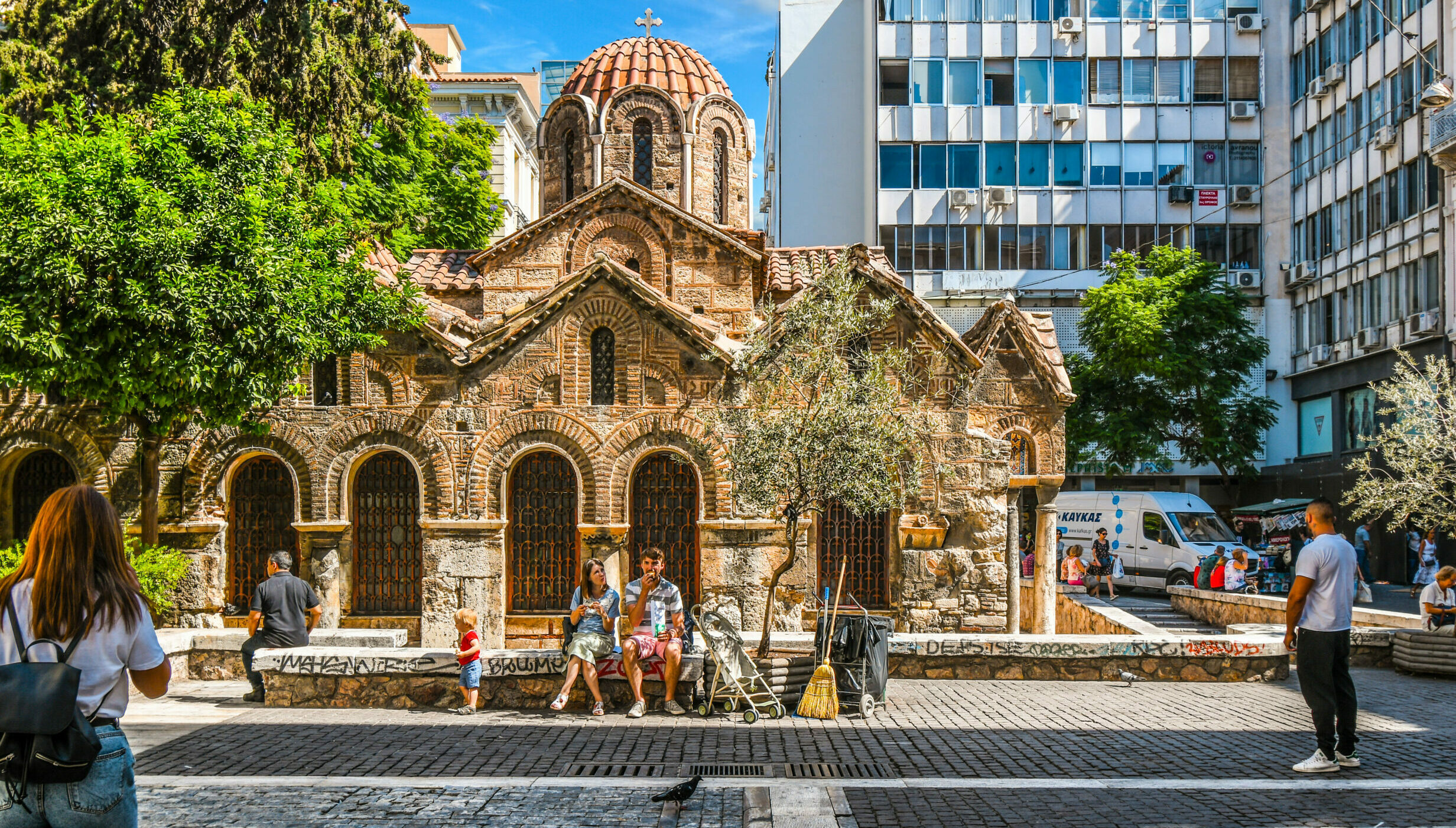 Kapnikarea: little-known facts about the gem of a old church in downtown Athens

A historic church on Ermou Street

If you have walked through Ermou Street even once in your life, you have surely seen the beautiful Kapnikara church up close. It is a small Byzantine church dating back to the 11th century. Coming down Ermou, you can’t pass by without noticing it.

Where did it get her name from? There are two prevailing versions of the story as to how the church Panagia Kapnikarea got its name. The first is as follows: The name Kapnikarea is considered to be associated with the founder of the temple who was a “Kapnikarios”.

That’s what the tobacco tax collectors were called. Of course, the tobacco tax was not about smoking at the time. This certain chimney tax had to do with residential buildings. Not all of them, but the ones from which smoke was coming out because of the fire used for cooking or heating. This is considered the prevailing version. Any homeowner who “smoked” should pay this tax.

Kapnikarea church: The fabric in the painting of the Virgin Mary

The second version is completely different. According to that, the painting of the Virgin Mary was dressed in a cloth, the kamoykas or else kamouchas (a special textile used by clerics). It was a precious weft. This was used for the construction of the footings of the paintings. Because of this, it is considered that the church was named Koumouchiriotissa and Kamouharea. In the end, however, and through the passing of time, the word was altered and the name Kapnikarea remained.

What is the history of Kapnikarea church?

Although the exact date that the church was created is not known, various details about it are known. Initially, only a few know that today’s church was built on an earlier temple. That building was attributed to an Athenian empress.

Kapnikara risked demolition twice but both plans were overturned at the last minute. During the Turkish occupation, in fact, it was called the church of King’s Daughter and Prentzas. Despite the various disasters it has suffered, many steps to its restoration have been taken.

Today Panagia Kapnikara belongs to the University of Athens, this way is a “Holy University Temple”, and is dedicated to the Presentation of the Virgin Mary.

Next time you are at Ermou street going to Monastiraki district it would be worth making a stop and having a better look at it.