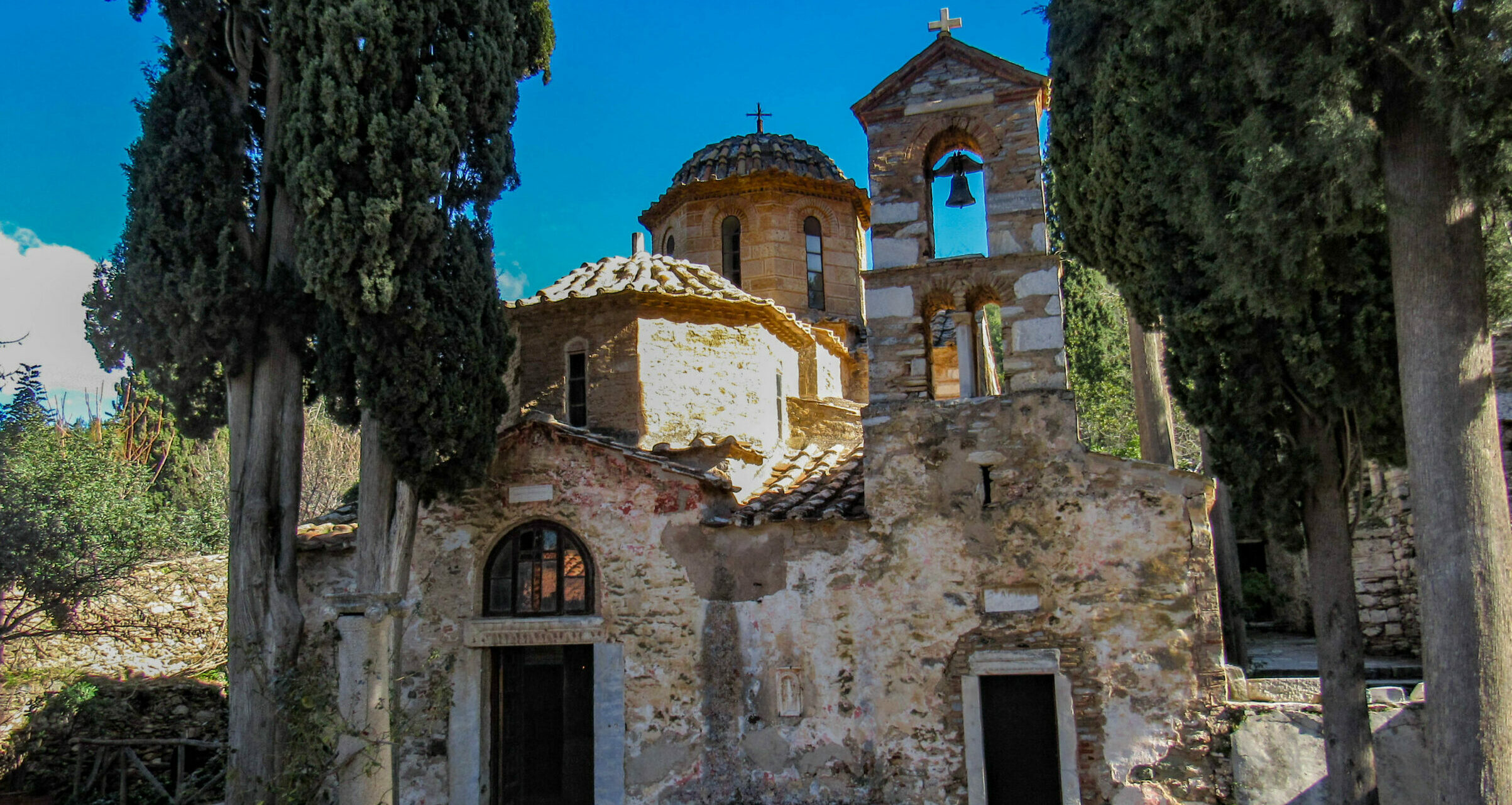 Attica: Kaisariani and its wooded monastery

By haris February 10, 2021 June 29th, 2021 No Comments
Athens and Attica in general is full of history. In every one of its corners something more or less known has taken place. It is of no coincidence that many neighborhoods have been named after something characteristic that happened there, or by the name of a man or even by an attraction located in the area. This is also the case with a very well-known area in Attica which took its name from the monastery located there. We are speaking about the Kaisariani district.
The monastery in Kaisariani distrtict and its history

The medieval church on the western slope of Ymittos Mountain is very representative of its time and most Athenians know of it. Let’s go now to the area that is just above the monastery. It was once dedicated to the goddess Aphrodite and was called “Killou Pira” (meaning “The Sack of the Lame man”) From this came the name “Kalopoula”. as a paraphrase In this enchanting and calm green environment in the forest, the famous monastery is built.

The monastery is believed to have been founded during the Byzantine period sometime in the year 1100, which is the date of construction of the preserved church. However, the place has a longer history as a place of worship, as we said previously. In addition, research by archaeologists showed that parts of the catholic are located in the west, near a smaller church which was built between the 10th and 11th centuries.

For the origin of its name we have different stories. Some sources attribute it to an abbot called Kaisarios, who is said to be the founder of the monastery. Others associate it with the image of the Virgin Mary. The image had been transferred from Caesarea or with the help of a Caesar who renovated the church during the Byzantine period. Some also refer to Syriani, the daughter of the king of Eleusis Keleus. It is said that in the area there was a temple where ceremonies like the Eleusinian Mysteries took place, and which were called Saisaria.

When entering, one will admire the unique frescoes dated around 1700. They are modelled on the Cretan paintings and the Mount Athos technique.

A beautiful area in Attica 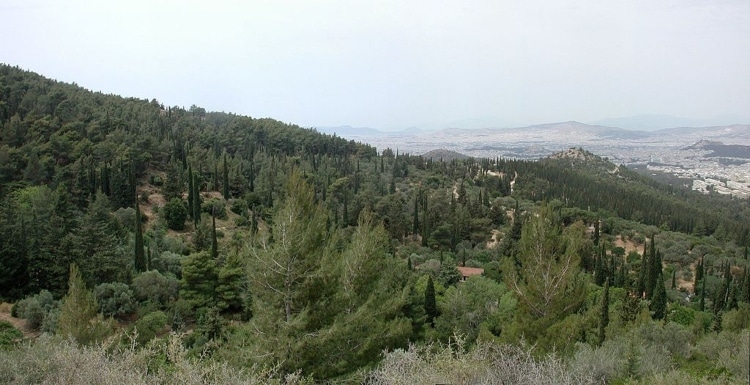 So this monastery, which stopped operating in 1833, gave its name to the entire area that surrounds it. Few know this is the case as many people think the area gave its name to the monastery. Kaisariani district is an area that has the privilege of the beautiful forest of Ymittos Mountain. This forest is available the whole year round for walks that give the opportunity of contact with nature.

The monastery in Kaisariani district is a place in Attica, that is very close to the center of Athens and it generously gives us peace and tranquility whenever we need it. A treasure next to us.