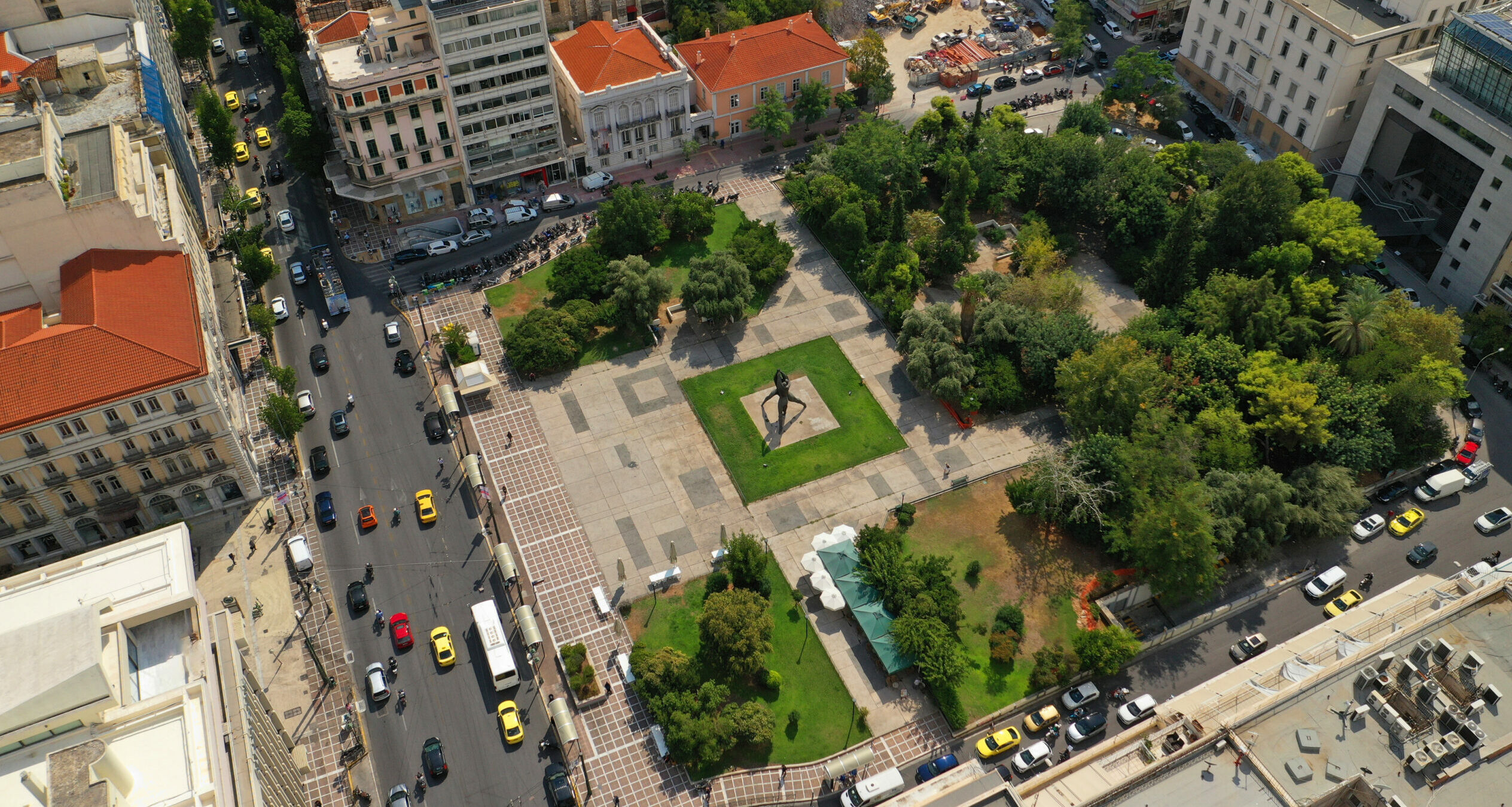 The large squares of Athens and how they got their names

A characteristic of Athens as well as many other European cities is its large public squares that have many years of history. Public Squares that have witnessed various historical events and have become places of tears and revolutions. They have hosted mass gatherings and their names have been linked to great persons of its history. Athens has town-squares that are the center of the city-life that evolves around them until today.

Let us go and see where some of the most famous acquired their names.

Or else, the square of weeping. This particular square has changed many names. It was initially named after the architect who submitted the plans for the city of Athens. Otto (the first king of the emancipated Greece) invited Leo von Klenche and he christened it “Aeschylus Square”, later renamed “Mint Square” and then “Square of March 25th” and “Democracy Square”. Its current name, that is Klafthmonos Square,was given to it in 1878. Before 1909, the Ministry of Internal Affairs was in the square, which laid off the non-permanent civil servants, the so-called “Pausanies” (a pun used in conjunction with the name of the famous ancient Greek general Pausanias, whose name has the meaning of the Greek word “pavo” which means to cease and desist or lay off someone from something). Those dismissals happened regularly at every change of government and the scenes of the gathered crowd who had been laid off duty were frequent. They begged for their re-employment by the means of “weeping”. The sponsor of the name was the author and then academic D. Kambouroglou, who first named the square “Clafthmonos” in a vignette in the “Estia” newspaper in 1878.

It is the main square of Athens. There have been rallies and protests. Millions of tourists and citizens of the country have walked on it. Syntagma Square was named in honor of the country’s first charter of the country, the Constitution of 1844. The constitution passed by the National Assembly of 1844, after the revolution of 3 of September 1843, gave the Greeks the right to vote for the first time. Today it is surrounded by important buildings of the capital of Greece, such as the parliament building, the historic hotel “Great Britain” and Central Public Bodies.

The square in Athens that has undergone perhaps the most aesthetic changes. Omonia Square. But how did she get her name? The place where the square lies today, is the place where an oath was given for “omonia” (amity) by the leaders of the opposing political party leaders. of the time, who had caused bloody riots in the country. It was the mountaineers and the lowlands who took vows of reconciliation in the city and, in fact, the event was celebrated quite a lot.

Or, as it was once called, Agamon Square (bachelor square)Today’s Amerikis Square in Athens lies between Patision avenue, Mithymnis street, Lefkosias street and Sparta street and was formerly known as Agamon Square because it hosted a famous café hangout of mature Athenians that were not in accordance with the bonds of marriage, which was at the end of the racetrack that existed there. Earlier on, it was called Anthesion Square, since the area was a non-urban with many flowerbeds. But how did it get to be called Amerikis Square? It was renamed in 1927. During the mayorship of Spyros Patsis, the then Municipal Council of the Municipality of Athens gave the square the name “Amerikis” because they wanted in this way to honor the philhellenism of the United States of America at that time. At the time, America was also considered a very distant and unapproachable continent.

The square was named in honour of the British liberal politician, George Canning. His marble statue, work of the British sculptor Chantrey, adorns the homonym square. Canning, who had distinguished himself as a foreign minister, was one of the pioneers of the Protocol of the Great Powers “On The Independence of Greece”, signed in London in 1827. Both his action and the protocol itself were considered to be of grave importance, since, for the first time, the great powers were not in favour of the Ottoman Empire. Canning himself did not complete his work because he passed away three months after signing.