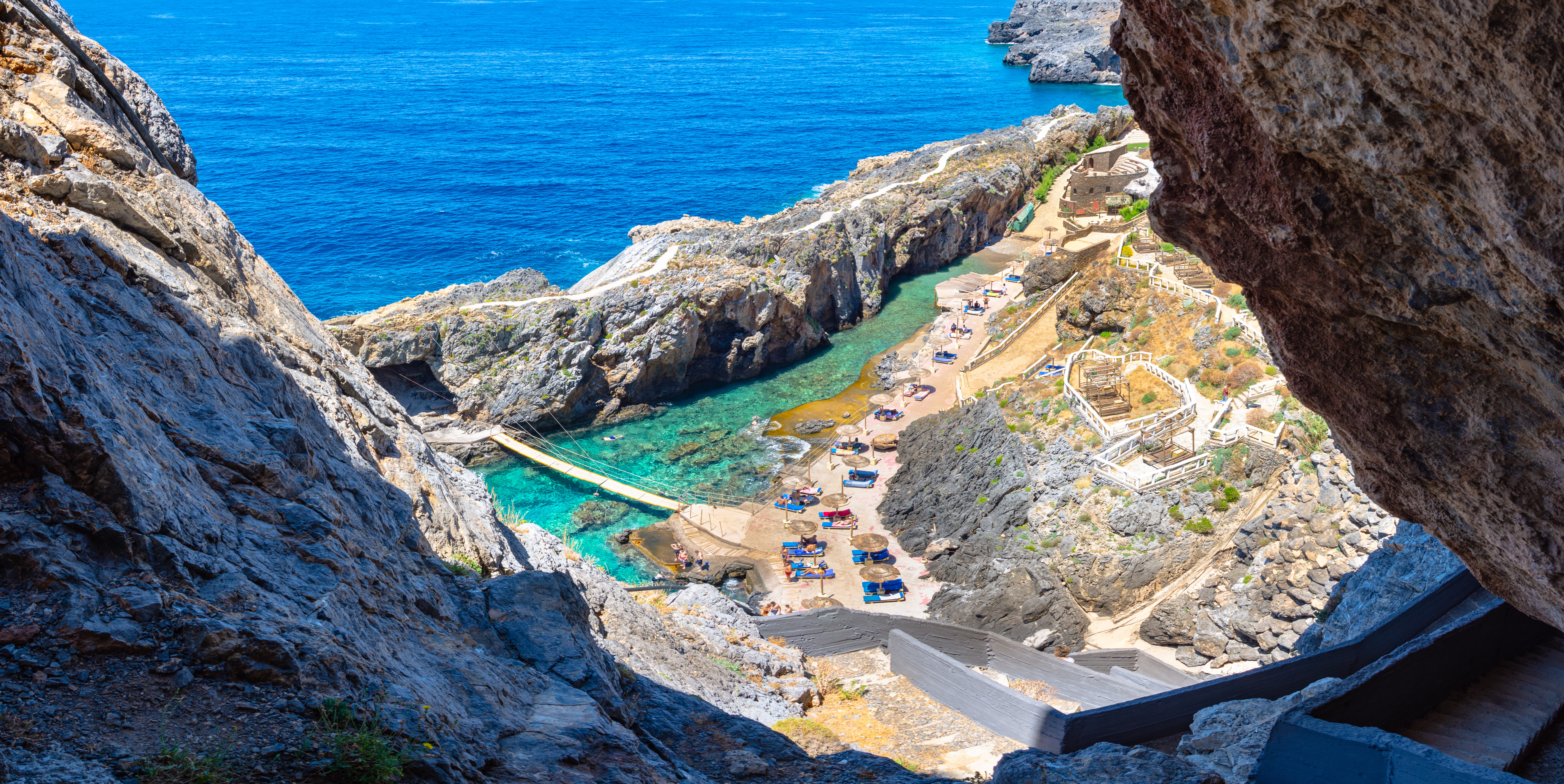 The place where the pirates are said to have taken refuge

It is a truly enchanting place that fascinates you at first glance, especially when you see it from above. One could say that it resembles the Norwegian fjords combined with the colours and wild beauty of Crete. Legend has it that it is the place that “enchanted” Ulysses and stayed there for seven long years.

This place is well hidden in the Libyan Sea. South of Rethymno, between Plakias and Preveli. It is called Caravos and is a long bay of about 100 meters formed between large vertical rocks. It creates, in this way, a protected natural port that ends in a small sandy beach, 2 meters wide. It is believed that there was a refuge, during the Byzantine period, of the pirates, who also gave the name to Karavos.

The place that “enchanted” Ulysses

As for the mythology, it is the place where Odysseus, was enchanted by its beauty and also by Queen Calypso, and stayed there for seven years before returning to Ithaca.

The images one sees explain, of course, why, according to legend, it is this place that enchanted Ulysses. Karavos is also called the pirate fjord of Crete. This is because Karavos worked as a base of operations for pirates due to its invisible position, which is protected from hanging rocks. The first image is reminiscent of a swimming pool in the crystal clear water of the Libyan Sea with its mystagogic natural environment.

This natural harbour is not only beautiful because of its steep rocks, but it also offers a small sandy beach 2 meters wide with crystal clear turquoise water. And even the seabed in this fjord in Crete is impressive. With a dive, would-be divers can discover the rarest relief of the seabed in the Mediterranean, while the image is complemented by the rich life of fish, plants and corals. Small and big explorers can enjoy many beaches of the central Mediterranean Sea taking short visits on small yachts.